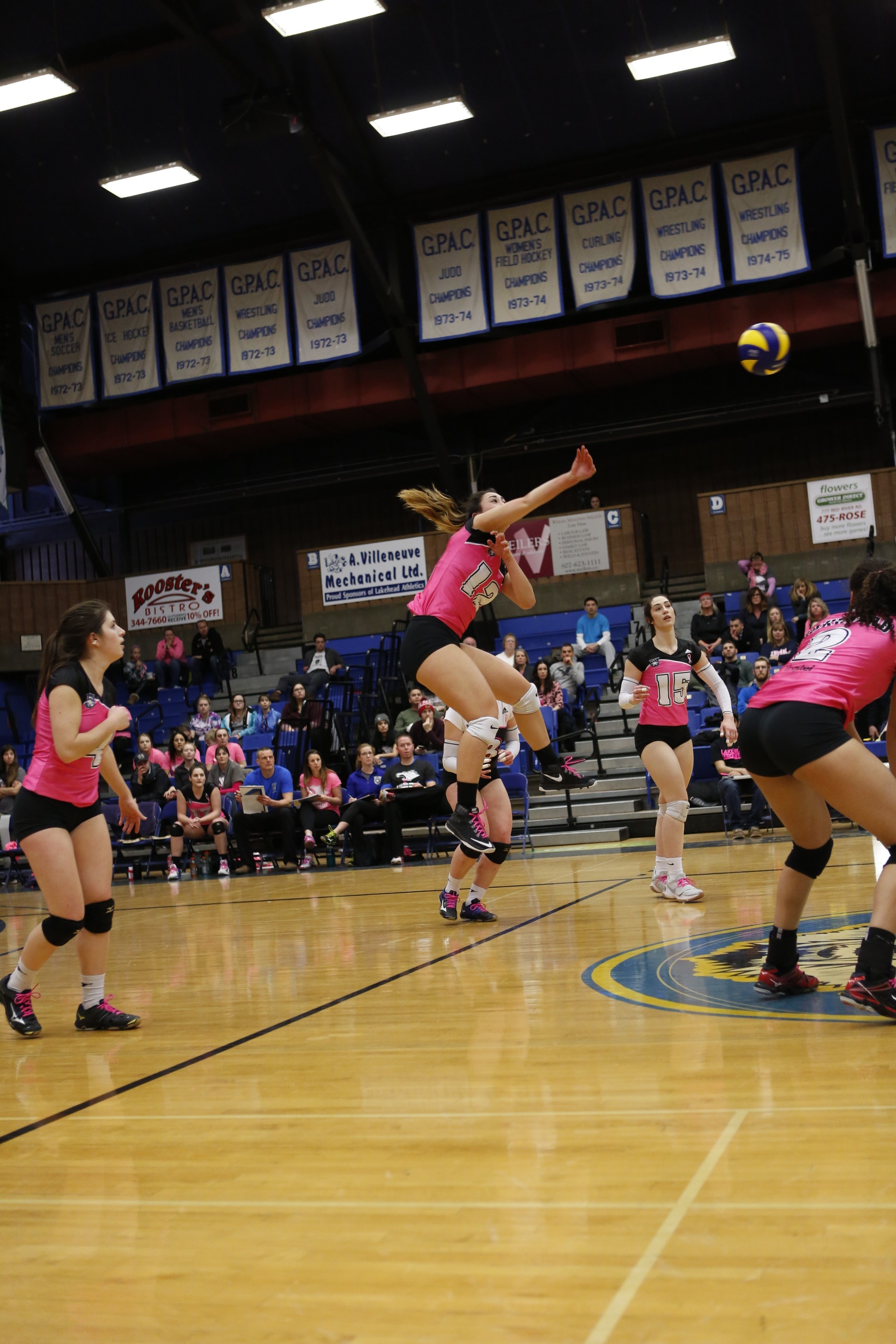 Lakehead had a strong start picking up the lead right out of the gate. The Thunderwolves led 16-13 at the technical timeout and carried on to take the first set 25-20.

The Thunderwolves continued their strong play in the second. York went on a short run but Lakehead kept their composure and brought themselves right back into the game, going up 21-19.

“Proud of the girls tonight to ‘let go’ of our performance the past couple weeks. They focused on York! We passed well tonight and the girls worked hard at giving Jen the option to run whatever she wanted. The other side that was nice was their focus after a stall in set 3. We came back in set 4 and controlled York with our serves. Again this is ALL on the girls and they studied, worked for it, and benefitted from their preparation. Now we have to prepare for Nipissing.” – Coach Chris Green

Leah Mousseau had 17 kills and 13 digs tonight while first year Haleigh Kearns had another good night with 13 kills. Rheanna Geisel also had 13 kills in addition to 3 aces.

The Thunderwolves also celebrated their Think Pink game while raising over $2,400 dollars to be put toward breast cancer research in Northern Ontario.

Lakehead is back at home tomorrow afternoon at 2pm against the Nipissing Lakers. 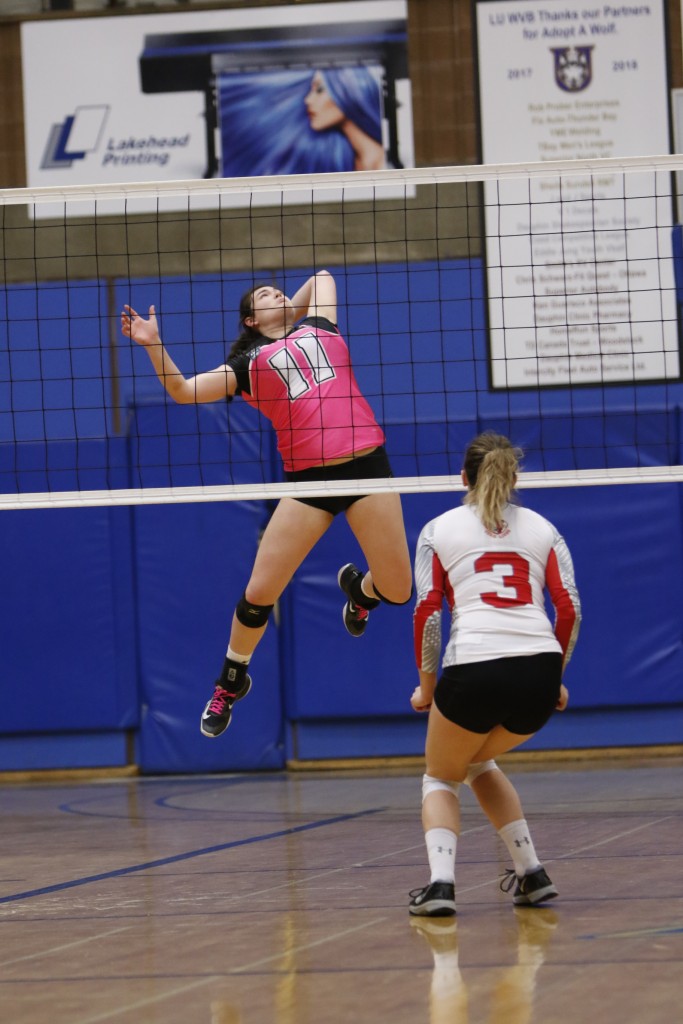