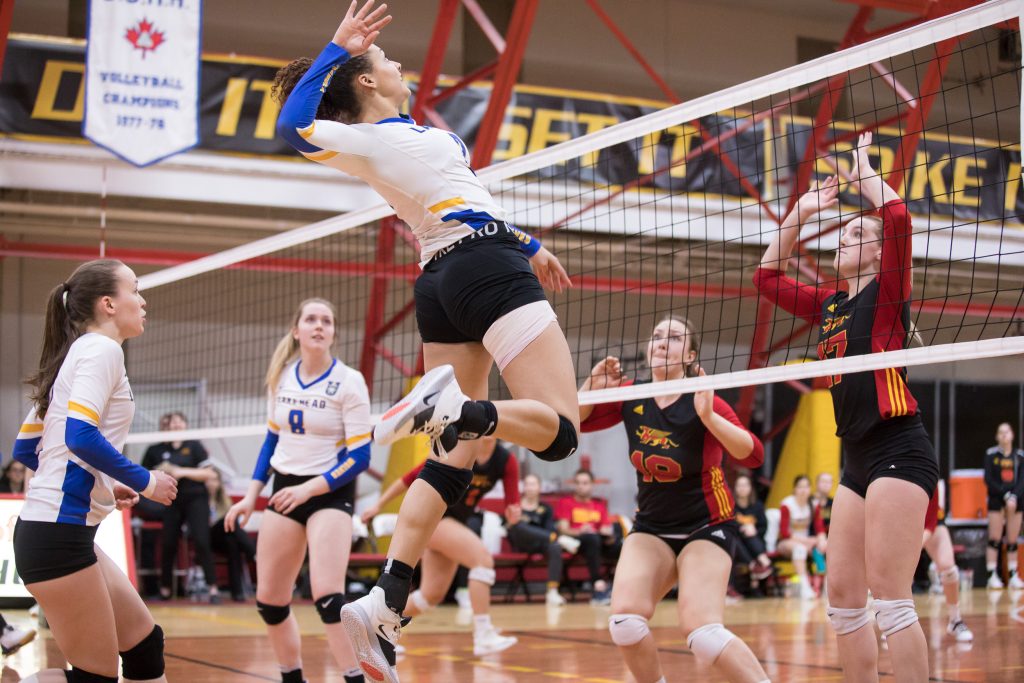 A slow start and a few too many errors were the Thunderwolves downfall Friday night against the Guelph Gryphons, who took the match 3-0 in Guelph, ON.

“We got off to another slow start tonight in the first,” said head coach Craig Barclay.

“Once the dust settled we played a much better second and third. Guelph played a good clean game and really capitalized on our errors. We will look to limit our errors in the rematch tomorrow”

The Thunderwolves fell behind in the first set, falling 25-11 to the Gryphons but bounced back to battle for the following sets. The Gryphons were able to fend off the Thunderwolves attacks and took the second and third set 25-19 and 25-18.

Thunderwolves junior Meghan Routier finished the game with nine kills on 20 attempts for the Thunderwolves, while Gillian Hansen recorded four kills on 13 attempts.

On the other side, Jessica Hung recorded 10 kills on 25 attempts for the Gryphons, with Lisa Wedel finishing with nine kills on 21 attempts.

The Thunderwolves will look to bounce back tomorrow when they take on the Gryphons for the second time this weekend. The first serve is set for 2:00 pm.