The Lakehead University Ultimate Club travelled to Waterloo this past weekend to compete in the final
tournament of the Canadian Indoor Eastern University Series.

The Women’s team played well on Saturday, finishing the day with a record of 4-0. Wins came against McMaster Y, Western X, Waterloo B, and Carleton A. Christine May, Michaela Bohunicky, and Lily Colquhoun’s defense throughout the matches was outstanding, and contributed to the undefeated record.

On Sunday the Thunderwolves continued the win streak by taking down McMaster X, and qualified for the quarter-finals against Carleton A. The Raven’s hard zone defense was no match for the Thunderwolves offense, and Lakehead took the win 12-7. In the semi-finals the ladies were up against Western X. Lakehead easily won 17-5. Kity Zhang and Eve Yao connected multiple times in the endzone, contributing to Lakehead’s win.

In the finals Lakehead faced Waterloo A. The two teams went point for point throughout the match. Lindsay Edward’s gritty defense helped the Thunderwolves shut down Waterloo’s offense as the game came to a close. With only 30 seconds left Lakehead scored, tying the game 7-7. Unfortunately, Waterloo had
possession and finished with a break-side hammer, winning the game. Lakehead University Ultimate
Club Women’s team finished the tournament in second place.

The Lakehead University Ultimate Open team competed in the tournament as well. This was the first
indoor tournament the men participated in, so team chemistry developed throughout the event. On Saturday the Thunderwolves finished with a record of 2-2. Mark Schutte finished Day 1 with a high of 11 goals and Will Kindy added 7. Patrick Berube and Zichen Cong’s enthusiasm and energy kept the Thunderwolves engaged.

On the second day of the tournament Lakehead played hard and continued to develop their team chemistry. Carl Zhang and Jason Ling played remarkably against McMaster B, making back to back key plays. Robert
Sanderson’s defense was impeccable throughout the weekend. Captain Miki Antonijevic’s leadership style contributed to the team’s consistent energy and hard work.

Waterloo’s CIEUS tournament represents the last of the series for the season. Katie Gilmor racked up
the highest goals caught over the weekend with 22. Lindsay Edward contributed with a well-rounded 20 goals, 16 assists, and 12 defensive blocks, and Erin Murphy added 18 goals and 17 assists. Captain Jasmine Ferdousi contributed 34 assists and 16 goals. Mark Schutte finished the weekend with a high of 16 goals for the Open team. Jason Ling finished with 14 goals and 17 assists, and Robert Sanderson and
Tyler Beattie picked up a combined 18 defensive blocks between them. Miki Antonijevic, who missed the last two games, still managed to put up 13 goals, 17 assists, and 8 defensive blocks.

Lakehead University Ultimate Club program has improved sustainably over the past two years. With
everyone’s hard work and dedication, Lakehead was able to compete in 4 tournaments this season. 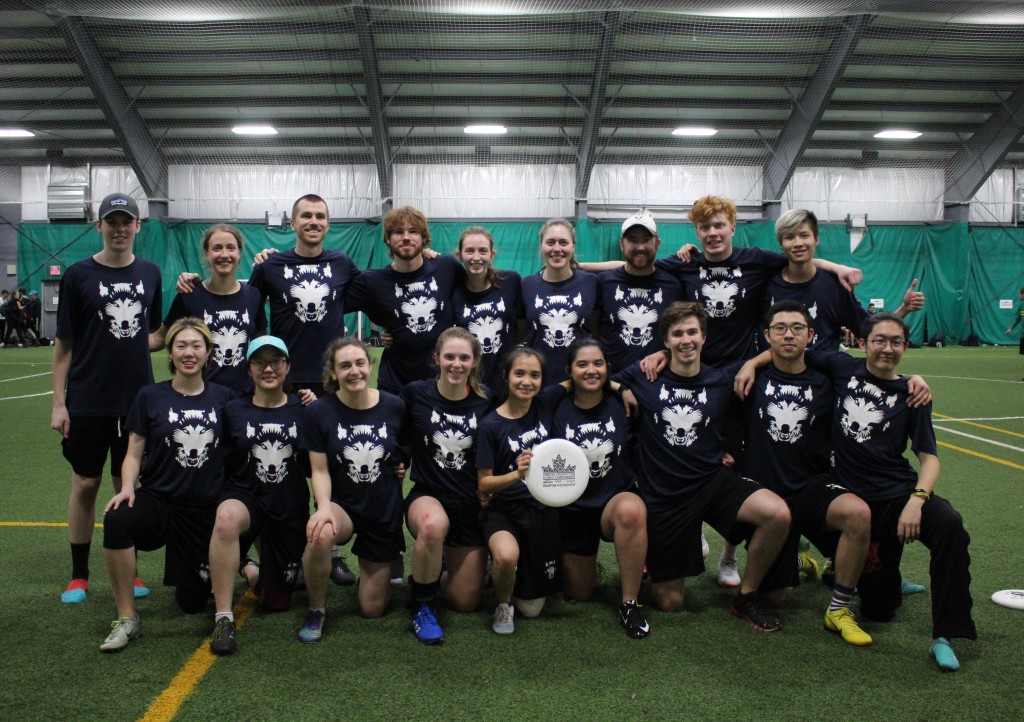