Lakehead Women’s Ultimate team performed exceptionally on day 1 as they went 3-1. They competed against Queen’s University where they started out strong throughout the whole game and defeated Queen’s 15-1. After a great win, Lakehead faced University of Toronto, who last year competed in Division 1. Their strong offense was too much for the Thunderwolves and they fell to U of T, 9-8. After a close loss Lakehead was determined. Game 3 was against Ryerson, and Lakehead continued their game play and won 12-7. The last game of the day was against a familiar opponent, Sherbrooke. Faced with harsh winds and cold temperatures, Lakehead still was able to defeat Sherbrooke 11-3.  Great play goes to Kity Zhang with 9 assists and 3 defensive blocks, Erin Murphy who scored 14 goals, Alicia Todd with 15 assists and 9 defensive blocks, and Captain Jasmine Ferdousi with 13 goals, 8 assists, 3 defensive blocks and 3 layouts.

Lakehead Ultimate Open’s Team also competed at the CUUC II (Canadian University Ultimate Championships) in Brampton, ON. The first game was against Laval University, where Lakehead started out strong but could not keep up with their strong offense. The Thunderwolves could not hold on and lost the game 15-8. The next game was against another Quebec team, Sherbrooke A. They too were a very experienced team and defeated Lakehead 13-9. In their third game they played against McMaster B where they finally created great offense flow and true team connection. They defeated McMaster B 9-7. The last game of the day was hard and tough due to the continuous cold and windy conditions, the Thunderwolves fell to Sherbrooke B 15-3. Great play goes to Captain Miki Antonijevic clocking in 12 assists and 7 defense blocks, as well as Jesse Stewart, scoring 5 goals. 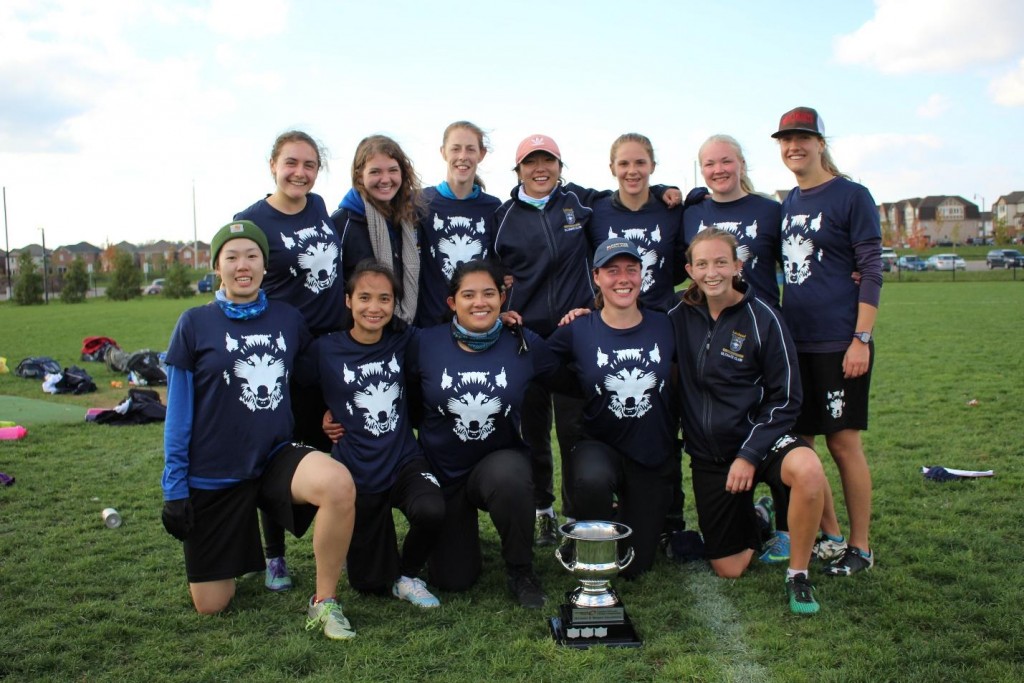 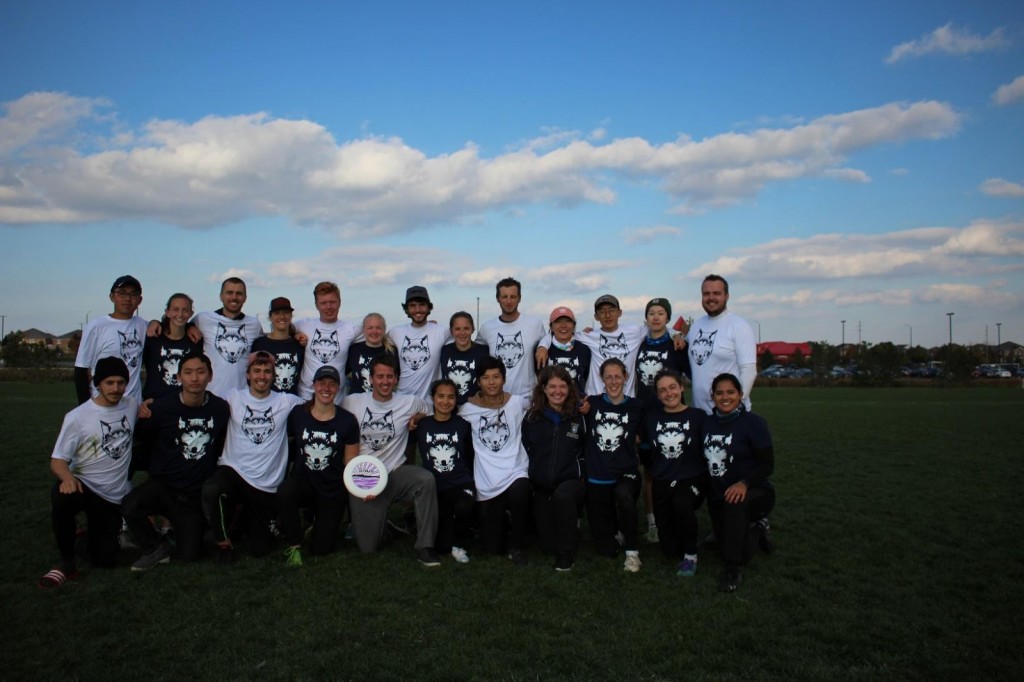 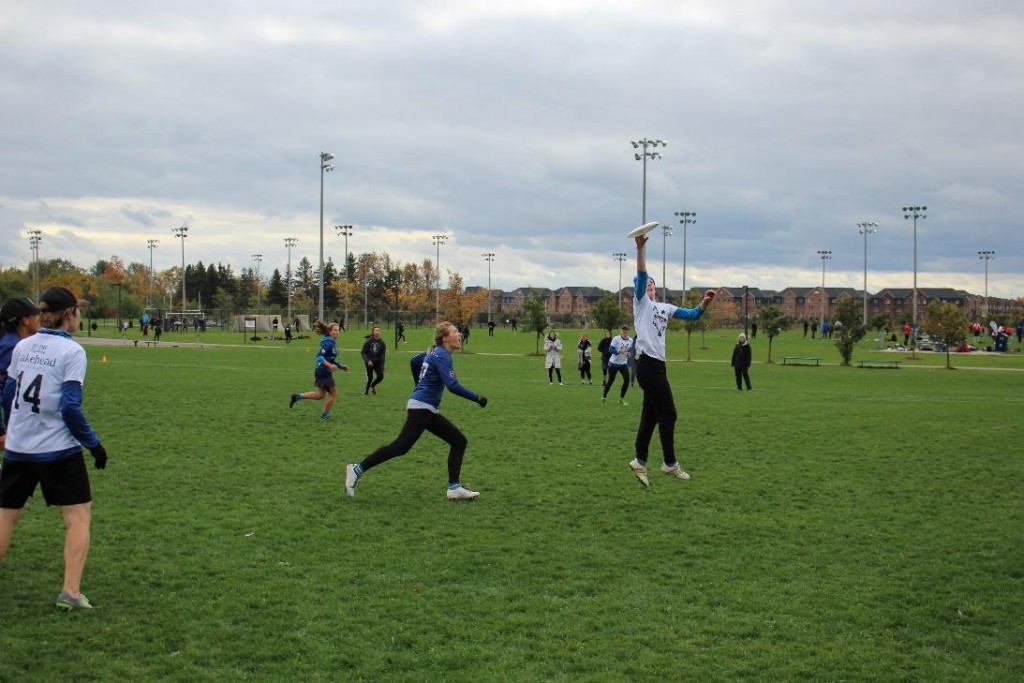 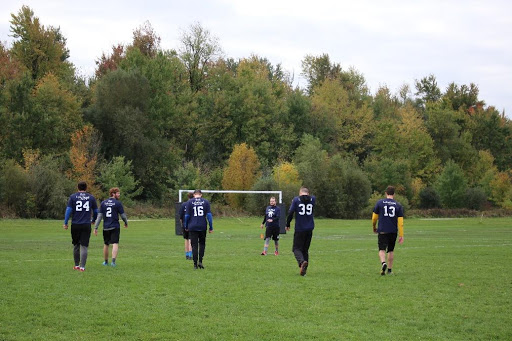 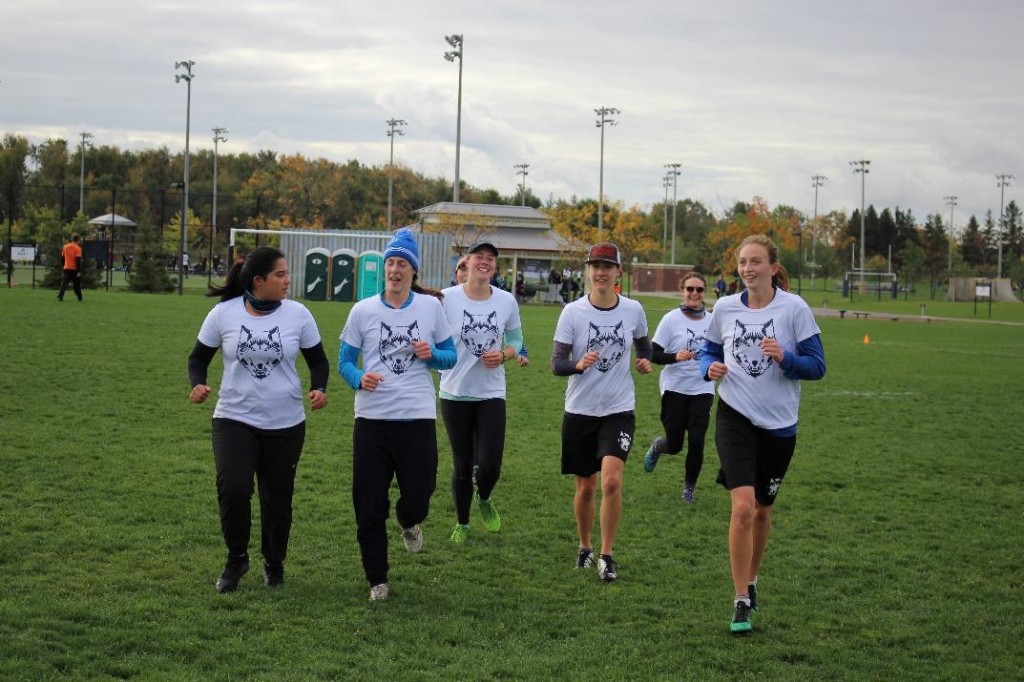