Lakehead’s men’s basketball team lost the last game of OUA regular season play to the Brock Badgers tonight, 73-72. Brock hit a game-winning three with just under 10 seconds remaining to take the one-point lead, and the Thunderwolves were unable to answer in the final moments.

“It was a tough night for our guys,” Lakehead coach Ryan Thomson said.

The second game of the weekend back-to-back saw a Brock team eager to avenge its Friday-night loss come out hot, shooting 40.9% from the floor, and 50% from the three. Lakehead went 3-16 in the opening period, including 0-9 from deep, and Badgers took a 21-6 lead into the second quarter. The Thunderwolves responded by tightening up their defense, and four timely threes by guard Jared Kreiner saw Lakehead hold the Badgers to 15 points on 33% shooting while scoring 23 points of their own. The Thunderwolves clawed back against Brock to cut the visiting team’s lead to 36-29.

“I thought in the first half, particularly the first quarter, we settled for some tough shots and it allowed Brock to get into a rhythm,” Thomson said. “In the second half we were able to get some momentum by getting stops but ultimately it was the rebounding that hurt us.”

The home team was led by a tremendous 19 points, 14 rebounds, 4 blocks, and 1 steal from defensive anchor Lock Lam, who shot 50% from the floor for the game. The Thunderwolves also received a major contribution from Nick Burke, who scored 11 points to go with 4 rebounds, 7 assists, and 2 steals. Isaiah Traylor, who had been lighting it up for Lakehead in recent games, had a cold night but still managed 7 points and 7 rebounds. Blake Anderson added 11 points on 4-6 shooting.

“We gave up too many second chances,” Thomson said, “and we had too many missed opportunities offensively.”

The loss ends Lakehead’s regular season at 10-14, with the Thunderwolves claiming the last spot in the OUA West playoffs. Lakehead will next face the Brock Badgers in the first round on Wednesday, February 20th in St. Catharine’s.

“We’re looking forward to getting another crack on Wednesday,” Thomson said.

Thunderwolves fans are invited to a viewing party to be held at the Outpost Campus Pub at Lakehead University the night of February 20th—the all-ages event begins at 6pm, and the game tips off at 8pm.

Saturday night also saw graduating seniors Jack Bull, Nick Burke, Darnell Curtin, Kyle Estalilla, and Michael Poirier honoured in a pre-game celebration by the home crowd, their loved ones, and the rest of the Thunderwolves family. 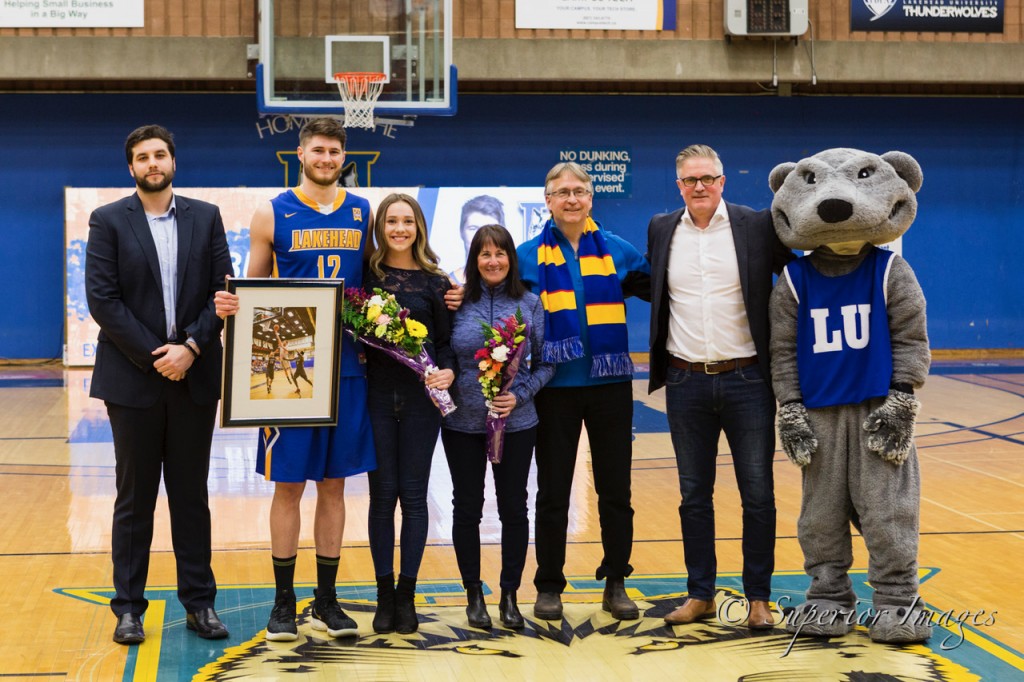 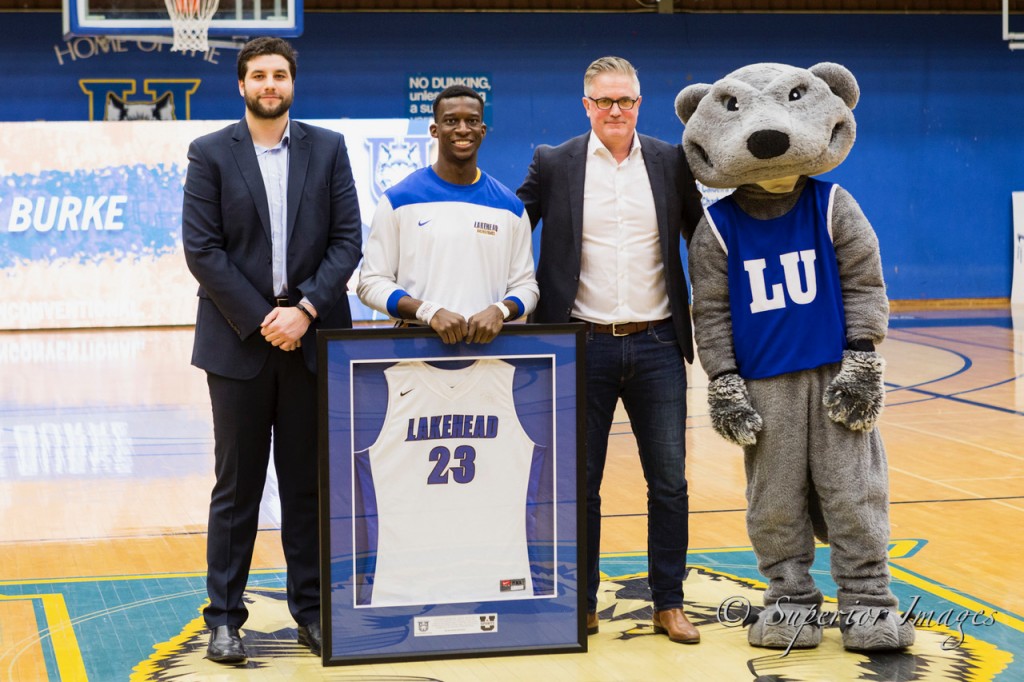 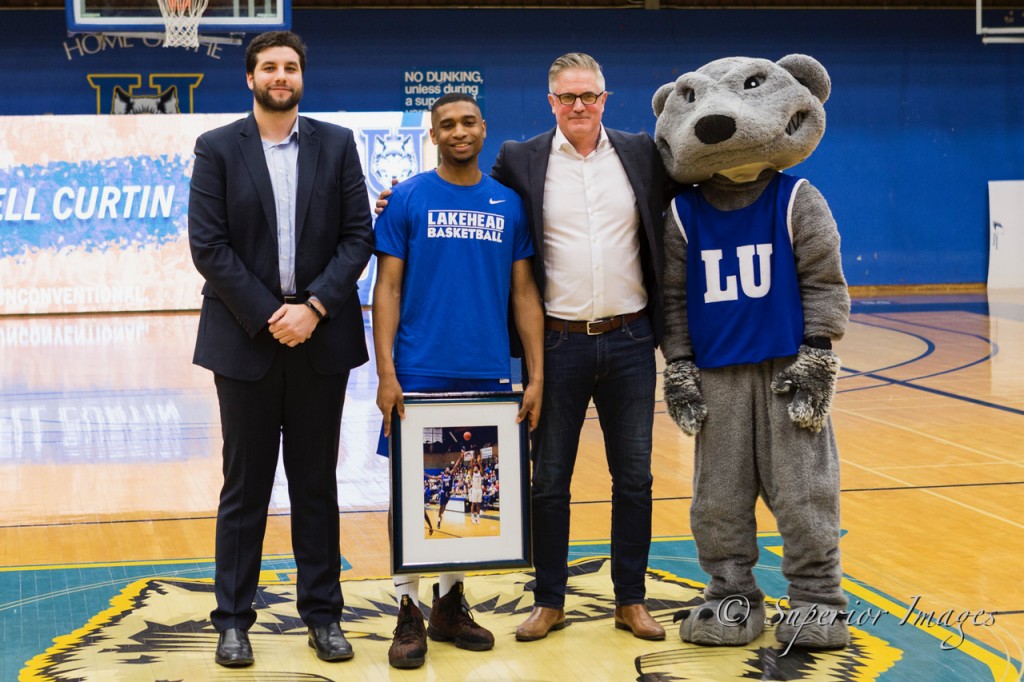 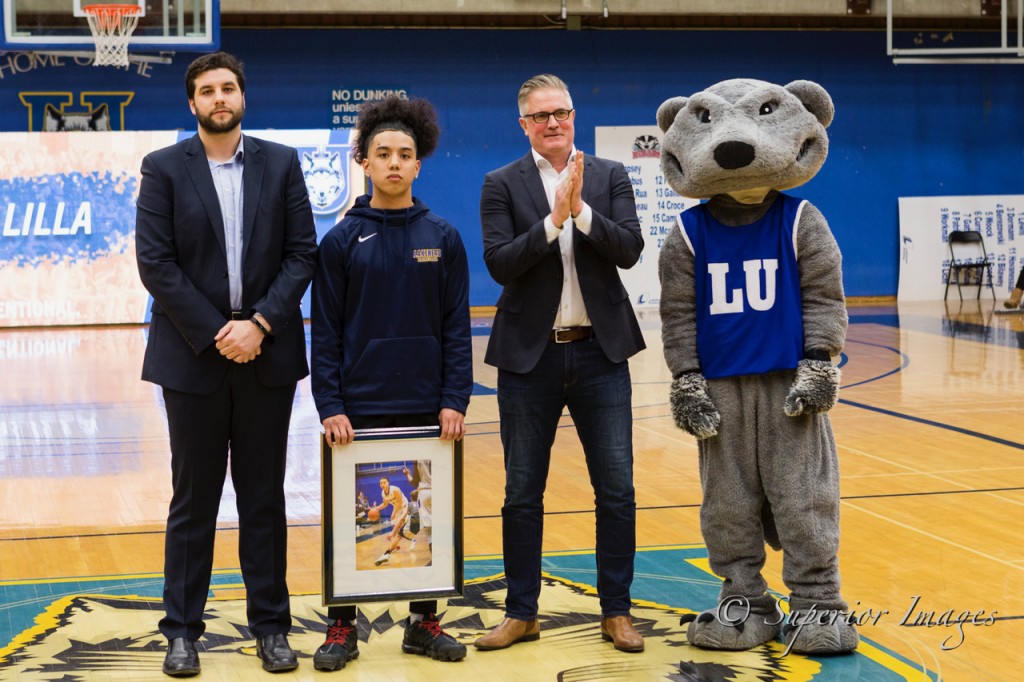 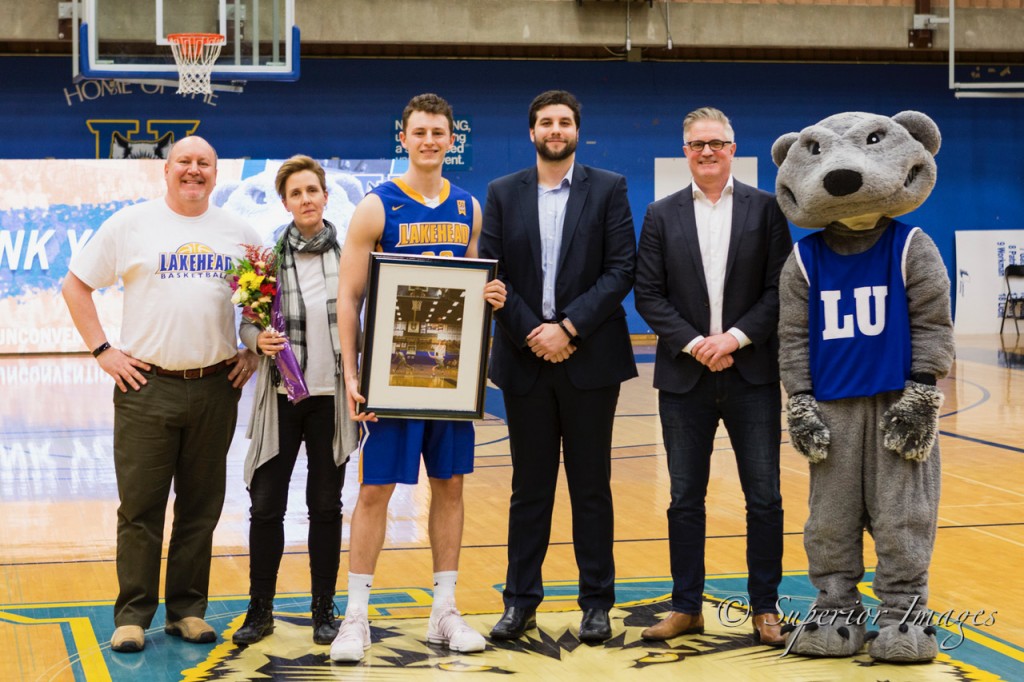