RBC Athlete of the Month: November 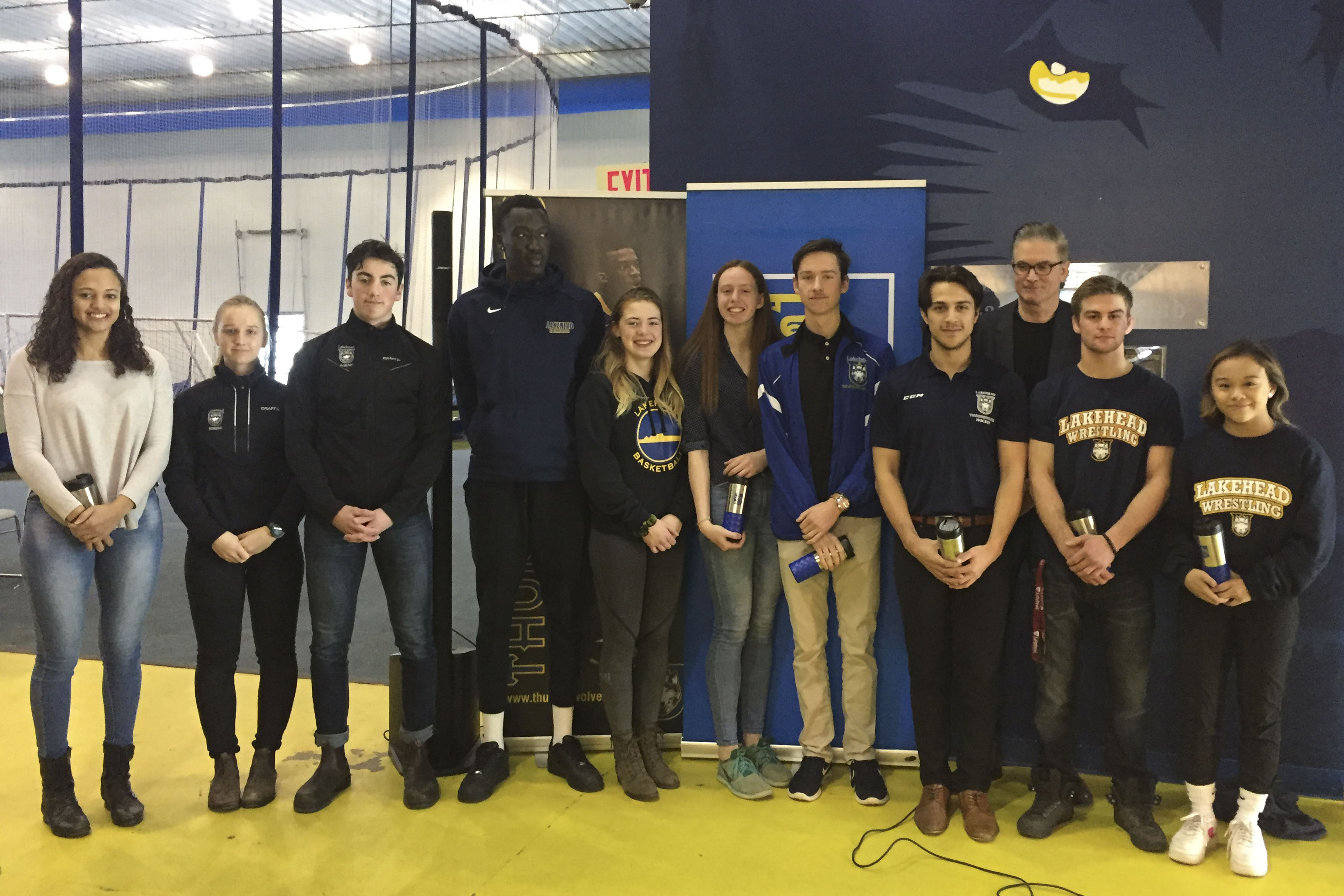 “Meghan has had a great month in November. She is a member of our leadership council and has proven what a force she is on the court. During the month of November, Megan had 40 kills over the course of 5 matches. She is currently on pace for her best statistical season yet. She ranks 23rd in the OUA in Kills. She ranks 3rd in the OUA with 19 Service Aces and she ranks 8th in the OUA in Blocks per set. She is averaging 3.1 points per set which is leading our team in points per set. This is a great start for Meghan for the year and we are excited to see what she will be able to do in the second half of our season. Congratulations Meghan!” – Coach Craig Barclay

“Daniel is our athlete of the month for November. Daniel has developed into a team leader both on and off the ice and is relied on for all situations. He is currently leading our team in points 20points in 18 games – 7th in OUA scoring. November was highlighted with a natural hat trick against Laurier in a 3-2 win.” – Coach Andrew Wilkins

– 6th on the team in points

– 1st on the team in ASSIST-to-TURNOVER Ratio (7th in the OUA, top 40 in assists overall)

“Kielly McDonough was recently named a captain and is one of the toughest players on the team. Kielly has been the team’s most consistent defender, normally guarding the other team’s top player and is a vital part of our overall defensive gameplan overall. Kielly is a great communicator and has worked extremely hard this past summer to become one of the top sharpshooters in the OUA!” – Coach Jon Kreiner

“Lock had a big November, highlighted by his performance against York which he dominated the game with 25 points, 15 rebounds and 6 blocks. Lock currently leads the country in blocks.” – Coach Ryan Thomson

“Aiden Evenson is a first-year Outdoor Recreation student. In November Aiden placed 5th at the McMaster Invitational, winning 4 matches and losing two. At the York Open Aiden place 3rd winning 5 matches with only one loss. Aiden’s record for November was 9 wins and 3 losses.” – Coach Francis Clayton

“Jessica Hong is a first-year Engineering student from Ottawa. In November Jessica placed 4th at the McMaster Invitational and 2nd at the York Open.” – Coach Francis Clayton

“In his rookie debut, Erik Schlyter, from Thunder Bay, has been establishing himself as a strong member of the LU Thunderwolves Nordic ski team. In our first on-snow time trial of the season, Erik came out on top and is looking in great shape heading into the ski season. Erik has great determination and focus and leads by example. As a national junior medalist from last season, we are looking forward to seeing Erik’s progression as he becomes part of the varsity team. We are excited to see what Erik and the team can do this season!” – Coach Adam Kates

“Erika is a veteran of the team who has been a part of numerous championship teams in her time with the program. She brings a positive attitude and hard work ethic to all workouts. She shows great sportsmanship – being a team player in everything she does. Erika showed great form at the time trial this past weekend and is looking in great shape for the upcoming season. We are looking forward to seeing what she and the lady wolves will accomplish in 2020!” – Coach Adam Kates

“Colin ended his cross country season this past weekend in Abbotsford at the National Cross Country Running Championships. He ran a strong race to finish 15th in the Junior Boys 8km event in a time of 25:33.” – Coach Kip Sigsworth

“Amy made on immediate impact in her first varsity race at the Lakehead Season Opener. She won the 300m in a new Lakehead School Record time of 40.18. This time currently ranks Amy first in USports in the 300m.” – Coach Kip Sigsworth