“We’re really excited that Charlotte is joining the Thunderwolves,” Lakehead University Athletics Director Tom Warden says. “She brings a strong history of success and development at many levels and has been mentored by one of the best coaches in the game in Kristine Drakich, but most importantly, Charlotte has a proven record of supporting student athletes both in and out of the gym. Her approach to developing student-athletes will fit perfectly in the Thunderwolves family.”

Sider will bring six years of coaching experience at competitive levels, having previously supported the University of Toronto and Centennial College varsity programs, while also having led several Phoenix Volleyball Club youth development teams. As an athlete, Sider’s achievements include being named OUA Women’s Volleyball MVP and OUA champion in 2015, being a two-time U SPORTS All-Canadian, having played professional volleyball in Belgium, and representing Team Canada in women’s volleyball both on indoor and beach courts.

“I’m really excited to get started at Lakehead,” Sider says. “The Thunder Bay community really supports its Thunderwolves, and so I’m happy to be here, to be joining that atmosphere. Building a program is a process and I’m looking forward to it.”

The Thunderwolves began the search for a new head coach following the decision that Vanessa Chorkawy would not be filling the position. Sider takes the reins following Brett Hagarty’s year as interim head coach.

“Bringing Charlotte in was a collective decision, which speaks to her fit here at Lakehead,” Warden says. “I am confident she will do an excellent job of building on Brett Hagarty’s successes. We are lucky to have Charlotte join us, and I look forward to working with her. We also thank Brett for leading the team last year, and for everything she has done for the Thunderwolves.”

“I’m really happy to be here,” Sider says. “I look forward to bringing the Thunderwolves women’s volleyball program to the next level.” 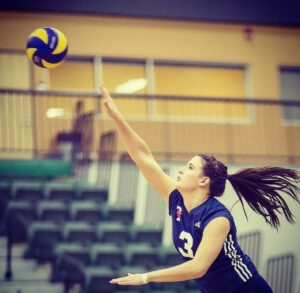 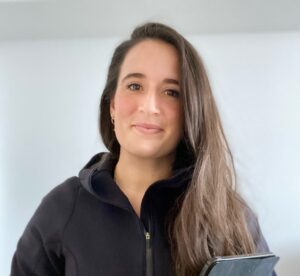