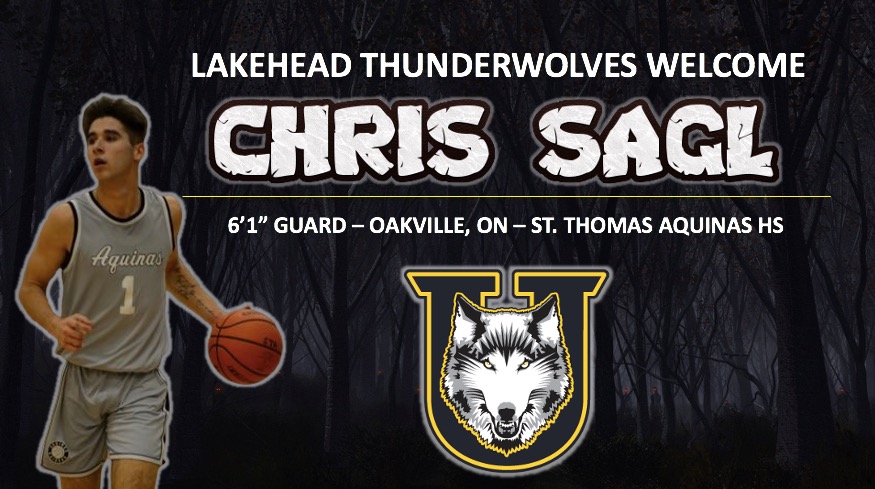 The point guard comes from a Raiders program that had a fantastic 19-20 campaign led by former McMaster basketball player, Coach Joe Polizzi.

“Chris is a dynamic point guard who truly makes his teammates better. He has an extremely high motor and blends his tremendous work ethic with a high basketball IQ to be a leader on the floor,” said Polizzi.

“I chose Lakehead because of the relationship I’ve built with Coach Ryan, with us both being from St. Thomas Aquinas made it an easier decision,” said Sagl.

“I felt that it was the best opportunity for me to achieve my goals of winning championships, finishing my degree of concurrent Ed and then playing professionally.”

“I’m very happy to officially announce Chris as the first commit for LU MBB this year. Chris is just the kind of unselfish, winner and hard-worker that good programs are built on. His determination and commitment to improving his game is incredible,” said Thunderwolves head coach Ryan Thomson.

“He’s won at a variety of levels both at Aquinas and in the AAU circuit including the prestigious CNIT 17U tournament last summer with the Mississauga Monarchs. We’re excited to get to work with Chris and help him continue to improve.”

Chris will be enrolling in the Concurrent Education program.