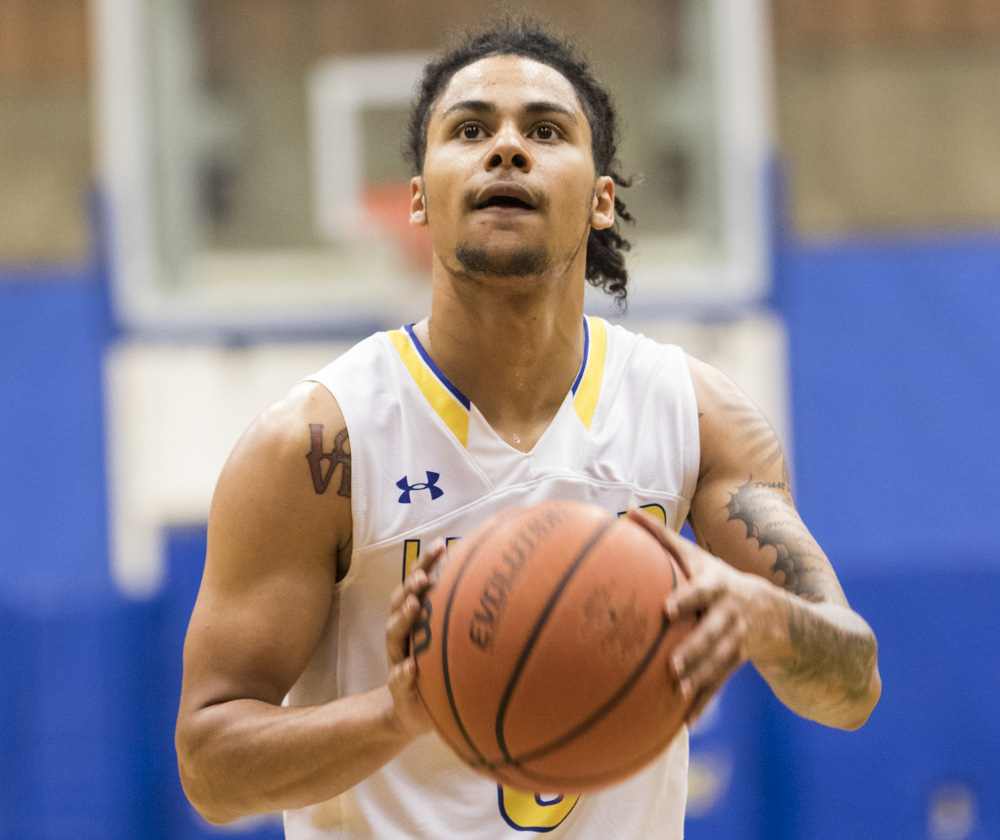 The Lakehead Thunderwolves men’s basketball team defeated the Laurentian Voyageurs 85-70 on day one of the Graham Shootout in Saskatoon, SK Thursday evening.

With the win, the Thunderwolves have handed the Voyageurs their first loss of the preseason.

“It was a good win for the guys,” said head coach Ryan Thomson.

“They competed from the opening tip and stayed disciplined.”

Guard Chume Nwigwe lead the Wolves defensively with eight rebounds, and forward Eric Gonzalez was right behind him with seven rebounds.

Laurentian’s Kadri Gray continued to be a superstar for his team, finishing the game with 25 points and eight assists.

Lakhead capitalized on 22 Laurentian turnovers and finished the game with a shooting percentage of 50.8.

The Wolves had the lead for the majority of the game, a total of 35:57 minutes.

The Thunderwolves will face the Saskatchewan Huskies Friday night at 8:00 PM for game two of the Graham Shootout.

“Tomorrow we have Saskatchewan who is a talented and physical team which should be another grind it out game,” said Thomson.