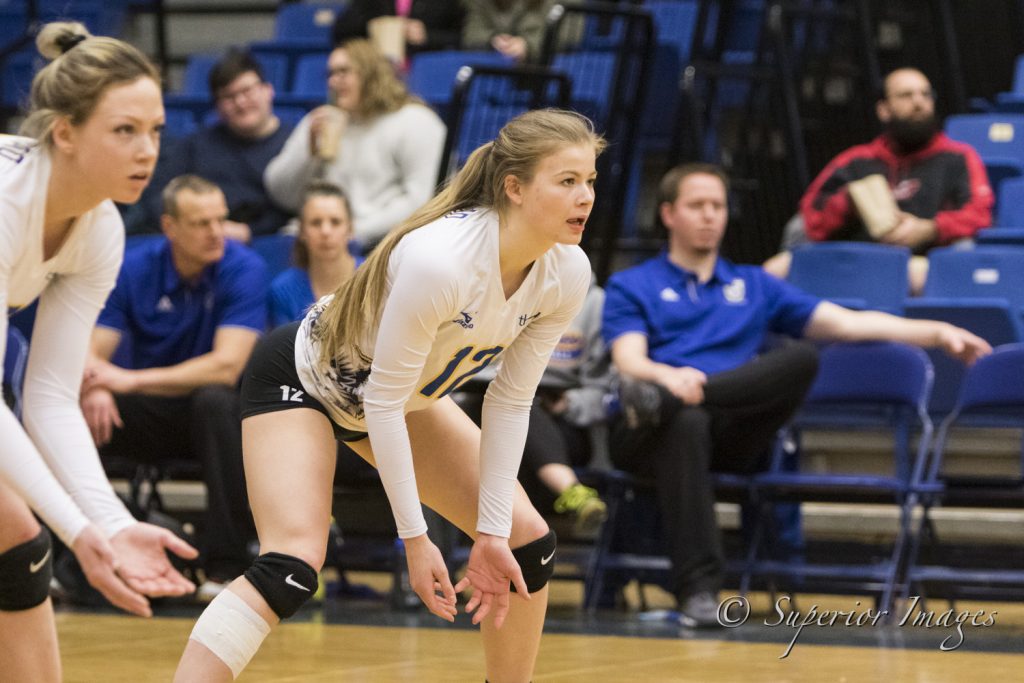 The Lakehead Thunderwolves women’s volleyball team continued to make improvements during their match against the Waterloo Warriors but were unable to shut down the nationally-ranked team.

“We played much cleaner today. It was a really good match from both teams,” said head coach Craig Barclay.

“We improved in almost every aspect of the game but had a hard time closing out the sets when it mattered most.”

“It’s a step in the right direction and learning to play with a lead will be very important for us,” said Barclay.

“We had opportunities to extend the match but ultimately errors hurt us.”

Thunderwolves freshman Abigail Almonte led the Thunderwolves will nine kills, while senior Rachel Sweezey was right behind her with eight kills. Meghan Routier continued to be a dominant force for Lakehead, finishing with seven kills, three aces and two blocks.

“It’s the best road performance we have put together in a long time and we look forward to continuing the process of improving next weekend at home,” said Barclay.

Lakehead will host the Windsor Lancers for two games next weekend in the Thunderdome, the first will be the Thunderwolves Think Pink on Saturday, Jan. 25, with the second game scheduled for Sunday.