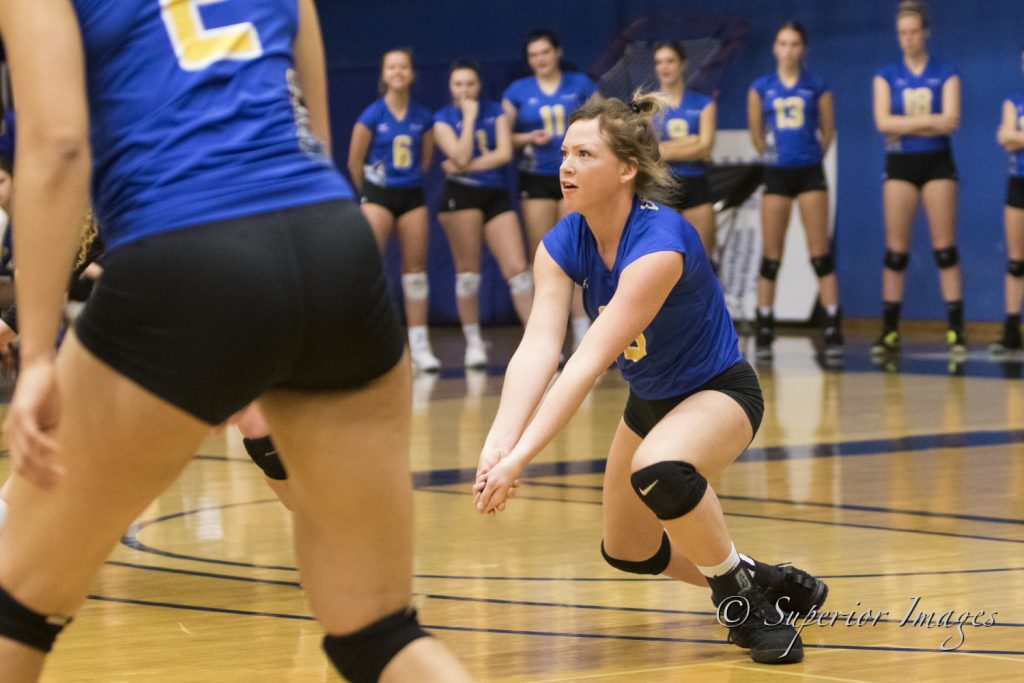 The Lakehead Thunderwolves women’s volleyball team opened the weekend with a tough match against the nationally-ranked Waterloo Warriors in Waterloo, ON.

The Thunderwolves found early success, winning the first set 25-21, but couldn’t hold off the Warriors, who took the match 3-1.

“It derailed a bit in the second and third set but we are able to finish strong. Waterloo did a good job adjusting and we have to learn how to adjust back.”

Waterloo dominated the second and third sets, winning both 25-10. Despite losing the fourth and final set 25-19, the Thunderwolves were able to finish strong.

Meghan Routier had a strong night of serving, finishing with four aces, while Gillian Hansen continued to be an impact player for the Thunderwolves, finishing with five kills and four blocks.

“We continue to improve every day and now we are trying to fight the consistency battle,” said Barclay.

“We will go back to the drawing board tonight and find other ways to score points for tomorrow.”

The Thunderwolves will close out the weekend with a rematch against the Warriors on Sunday, Jan. 19 at 12:00 pm.