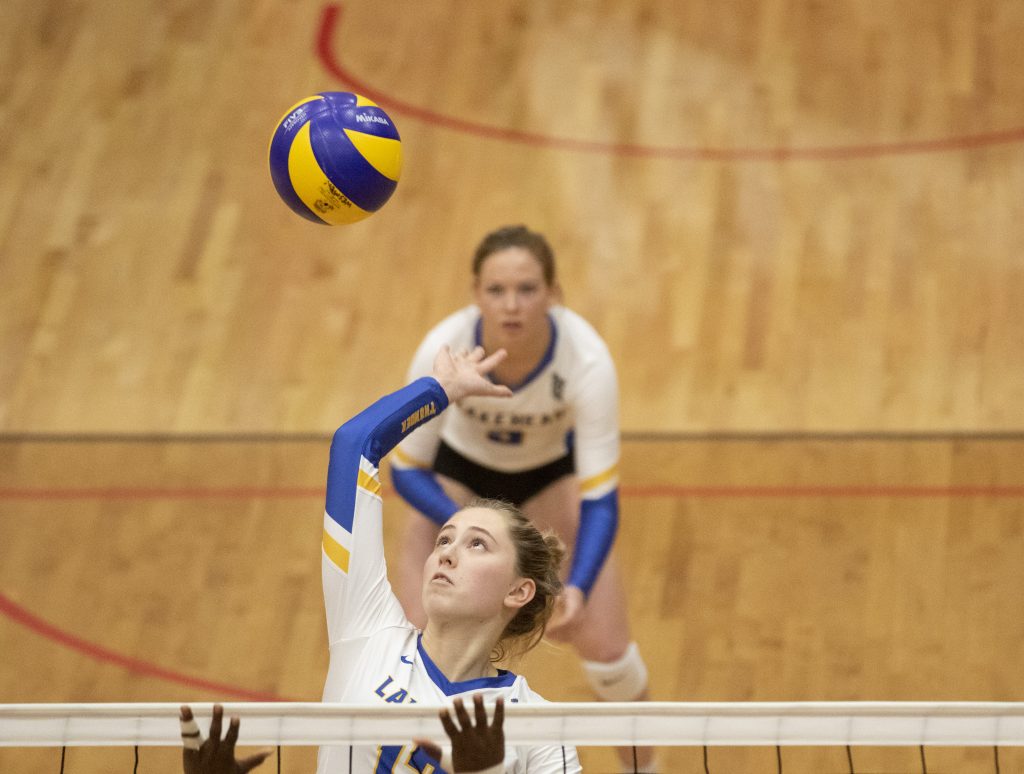 The Lakehead Thunderwolves women’s volleyball team suited up for the Wesmen Classic in Winnipeg this past weekend to play their final matches of 2019 and finished sixth with a record of 2-3.

“We had a great time in Winnipeg. They put on a great tournament and we were happy to be a part of it,” said head coach Craig Barclay.

“It was a great weekend too get back into the swing of things and gear up for the second half of our season.”

With two matches under their belts after over a month off, the Thunderwolves had a far more successful day two of the tournament.

The Thunderwolves went on to battle the Guelph Gryphons for the second time on the last day of the tournament, ultimately falling 3-0 and finishing the tournament in sixth place.

“We basically improved every match we played. We played some great competition and we were able to pull out two five-set victories,” said Barclay.

“Being in the five-set matches is an invaluable experience for our young group.”

The Thunderwolves will be back in OUA action on January 10th and 11th on the road as they head to Hamilton, ON to take on the McMaster Marauders.