Thunderwolves grind out a win against the Lions 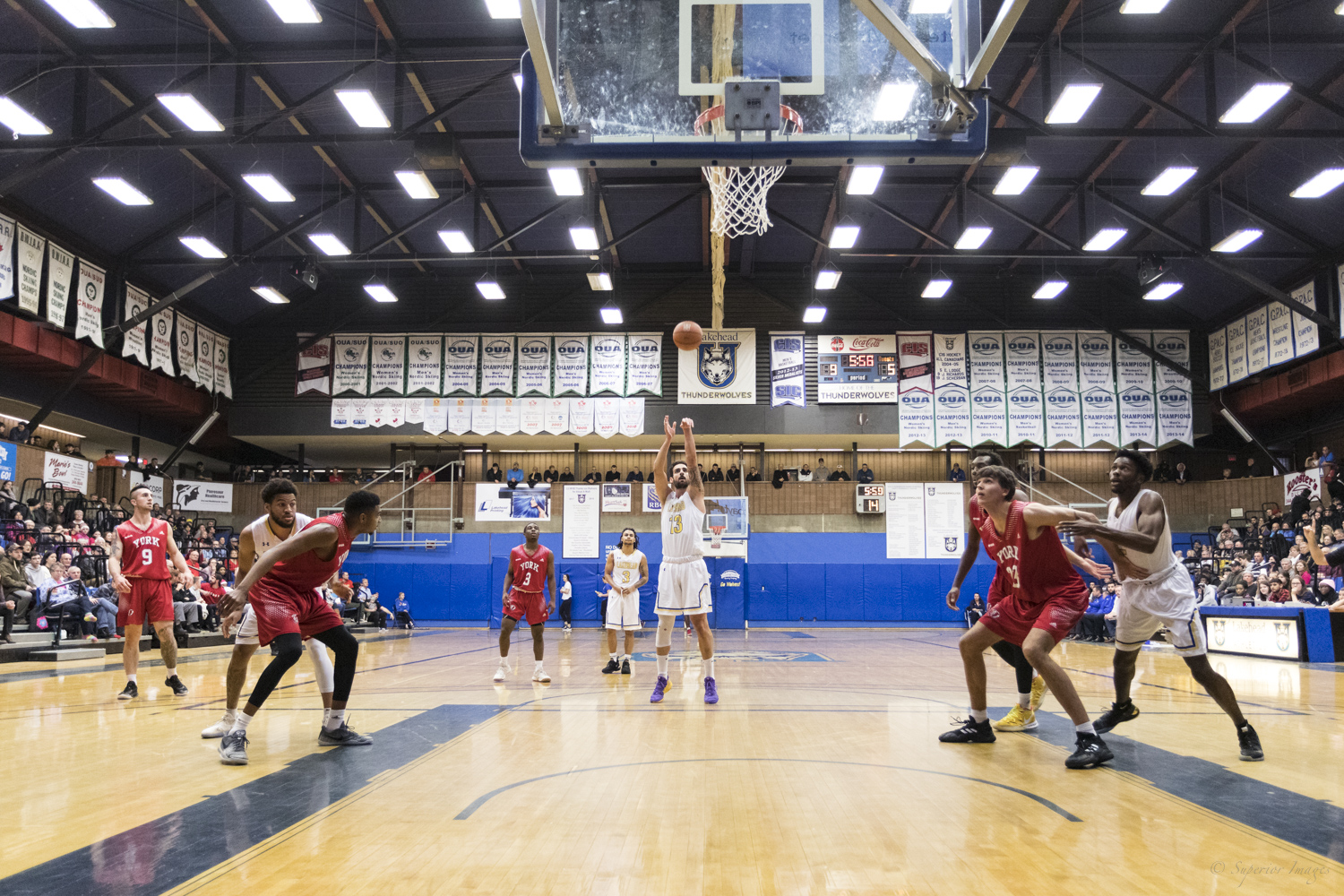 “It was a grind it out win against a tough York team,” said head coach Ryan Thomson.

“We need to be more disciplined and play with more energy tomorrow.”

Tied with Traylor for the game-high points was York’s Prince Karmunga, who also led his team with 27 points and 12 rebounds. Also breaking into the double digits for York was Connor Laronde with 17 points and four assists, and Nick Russell and Alex Thielen, who both finished with 12 points.

The Thunderwolves will be looking to extend their winning streak and sweep the weekend when they face the Lions for the second time this Saturday. Tip-off is scheduled for 8 p.m.