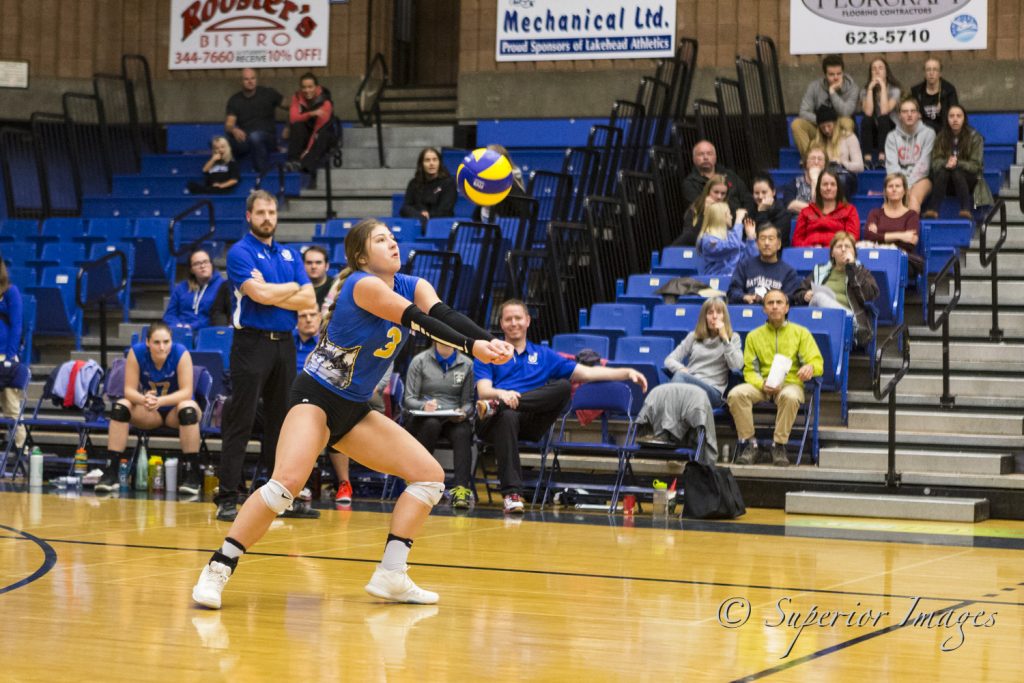 The Lakehead Thunderwolves women’s volleyball team will be travelling to Toronto for their OUA regular-season opener against the Ryerson Rams on October 25.

The Thunderwolves will also be facing off against the Trent Excaliburs and Toronto Varsity Blues in an opening weekend that includes three games in three days.

“It is exciting to get the season started, preseason always feels so long but now our season is just beginning,” said head coach Craig Barclay.

“We start our season off with a 3 game road trip which is never easy but we have been in three tournaments that have helped us prepare for this weekend, playing multiple matches over the course of three days.”

The Wolves match up against the Rams be on Friday with a 6:00 PM start. The Ram’s are looking to be a strong team this season, as the 2016-17 and 2017-2018 national champions, 2018-19 OUA and USport silver medalists and with all but one returning player from last season’s roster.

“We start the weekend with the National Runner up from last year, Ryerson. Ryerson is a very talented team with lots of depth. Starting off against one of the top teams in the country is tough but a great reality check to see where we are at,” said Barclay

Saturday’s 5:00 PM game will be against the Excalibur. Since Trent Volleyball joined the OUA in 2016-17, the Thunderwolves have gone 3-0 against them and will be looking to extend that streak this season.

“Our second game is against Trent, an up and coming team who we will look to battle in their home opener.”

The Wolves’ final match will come against the Varsity Blue with the game scheduled to start at 1:00 PM. Returning for her fifth year on the Toronto roster is Alina Dormann, an OUA-East first-team all-star who is the Varsity Blues all-time career point and kills leader.

“Our final match is against the University of Toronto, the defending OUA Champions. Another very talented team with lots of depth and proven attackers,” said Barclay.

“All in all it is great to get our season underway and we are looking forward to seeing how far we have come knowing that we still have lots of work to do. We are extremely young with 3-4 first time starters in our line-up. There will be a lot of learning that happens this weekend and I expect the team will come prepared for the challenges ahead.”