Thunderwolves hold on for win over Badgers 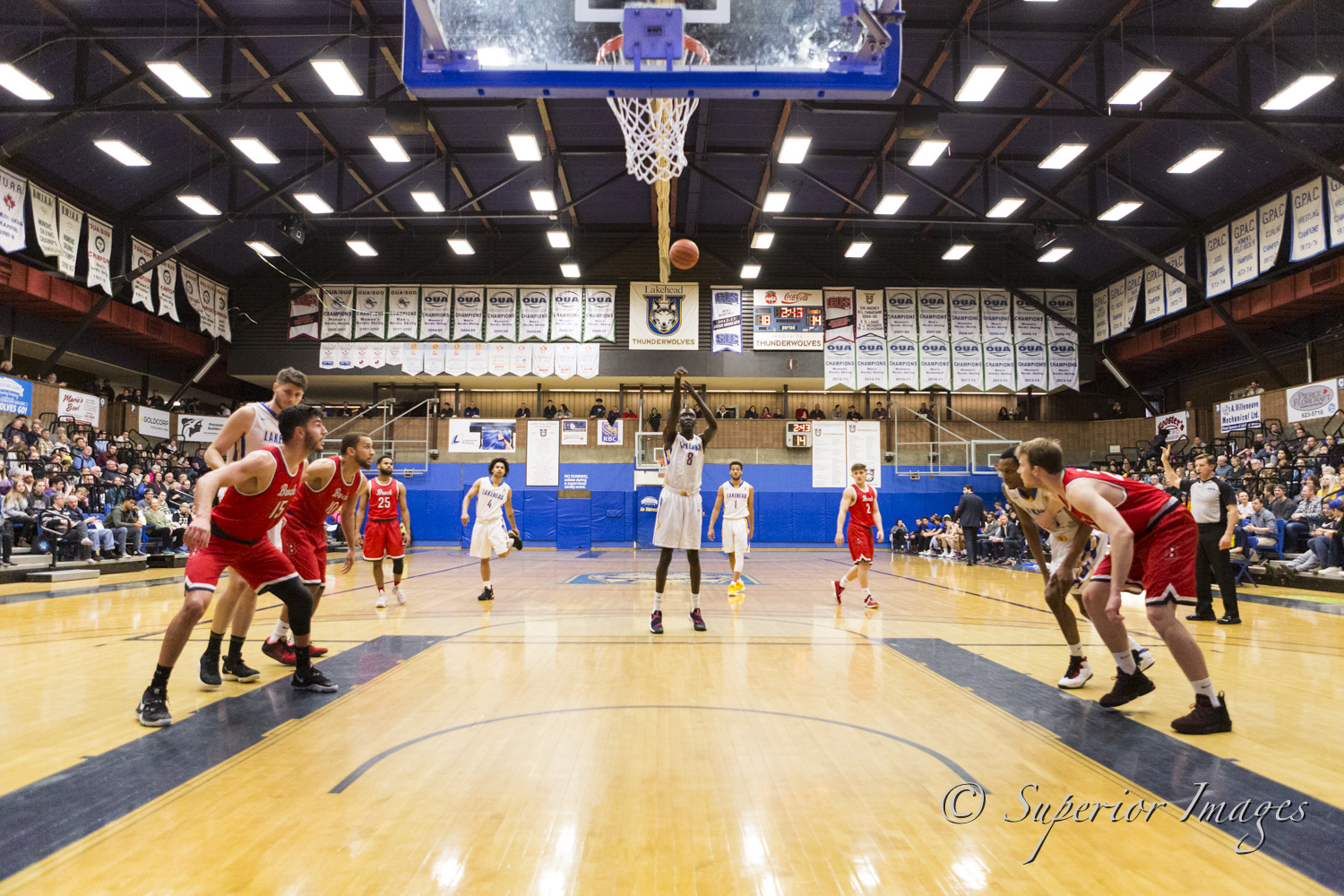 The Lakehead Thunderwolves men’s basketball team came back from a 15 point deficit to defeat the Brock Badgers 74-73 and pick up their fifth straight win Friday night in St. Catharines, ON.

Down by 15 points with two minutes left in the second quarter and 11 points at halftime, the Thunderwolves scored 40 points in the second half of the game to gain the lead and hold on for the win.

“They made us work for every bucket but our defence really kept us in the game in the second half.”

The Badgers were led by Kascius Small-Martin with 20 points and 8 rebounds, Godsman Kwakwah with 18 points and 6 rebounds, and Daniel Cayer, who finished with 13 points and 11 rebounds.

The Thunderwolves were led by Alston Harris who went four for four from behind the three-point line, finishing with a total of 16 points. Isaiah Traylor and Laoui Msambya also broke into the double digits with 12 and 14 points respectively.

Lock Lam led the way defensively for the Lakehead squad with 14 rebounds and six blocks, along with Eric Gonzalez who also recorded 14 rebounds.

The Thunderwolves and Badgers will be back on the court again at 8:00 p.m. Saturday night for game two of this weekend series.