Thunderwolves hold on to sweep Toronto 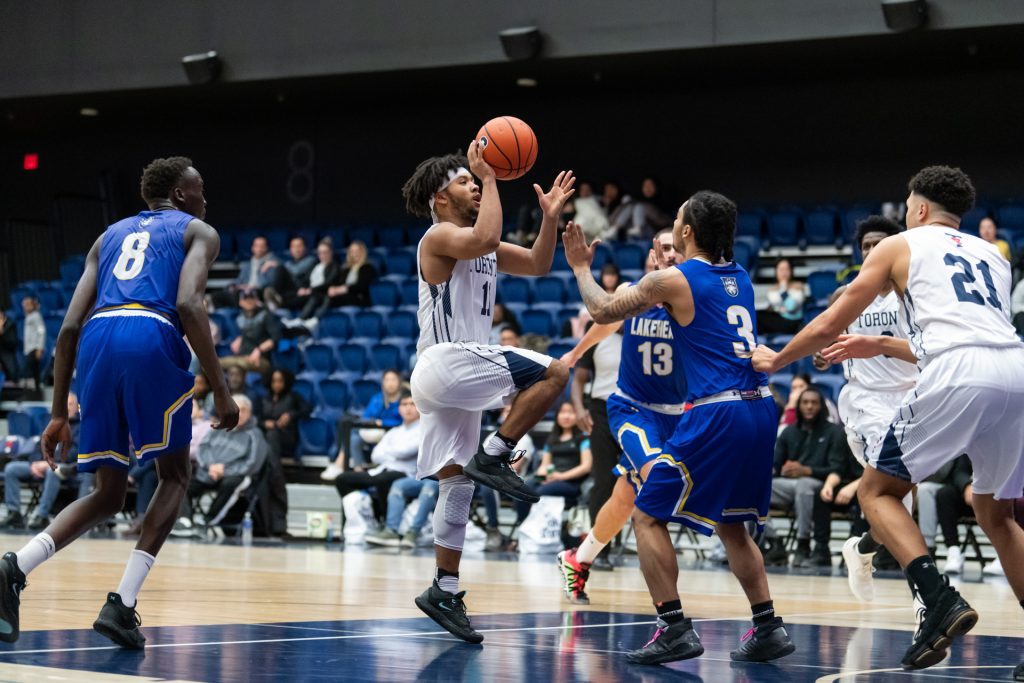 The Lakehead Thunderwolves men’s basketball team improved to 15-3 and extended their winning streak to nine games after battling their way to another close win over Toronto Varsity Blues, defeating them 84-82.

While the Blues have fallen to 4-14 this season and are battling through a nine-game losing streak, they did not make things easy for the nationally ranked Thunderwolves. While the Thunderwolves came out on top of the first quarter 18-15, the Blues outscored the Thunderwolves 23-21 in the second quarter and 25-20 in the third. The Thunderwolves score 25 points in the final quarter to sneak by with the win.

Thunderwolves freshman guard Laoui Msambya finished the night with 20 points, only one behind the game-high 21 points from Lakehead’s Isaiah Traylor. Forward Lock Lam recorded a double-double, tallying 13 points and 10 rebounds for the Thunderwolves.

“Laoui has really earned his place as one of the best point guards in the country, let alone one of the best freshmen. It was a physical and ugly game that’s a character builder going forward.”

The Thunderwolves will be on the road once more next weekend, heading south the face-off against the Western Mustang in London, ON and then the Windsor Lancers in Windsor, ON.