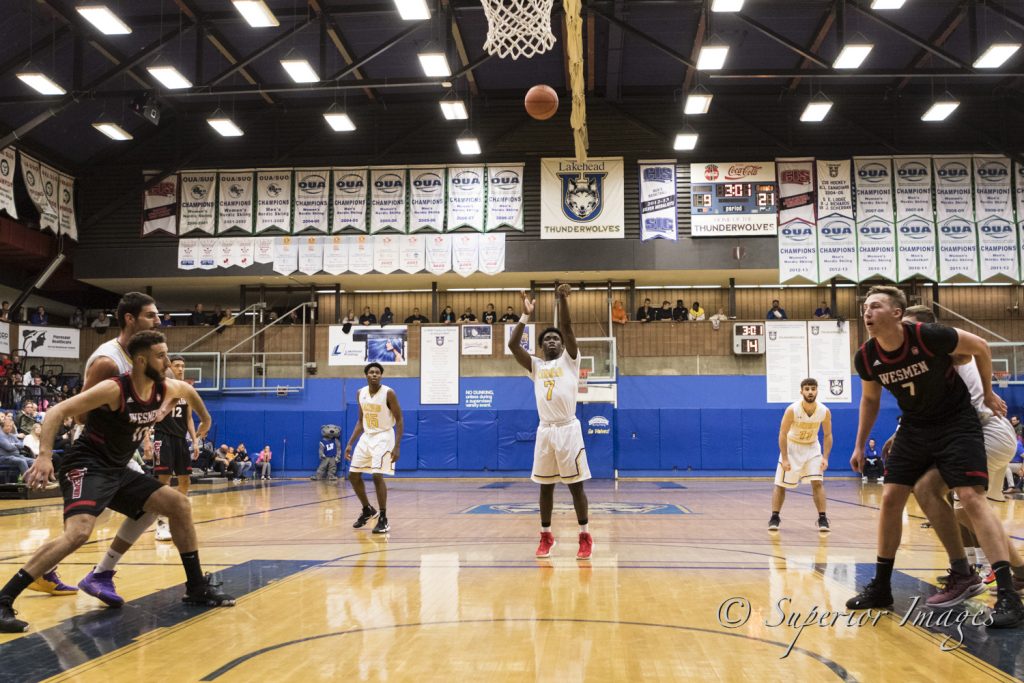 The Thunderwolves men’s basketball team beat the Winnipeg Wesmen 105-85 Friday afternoon at the C.J. Sanders Fieldhouse and finished the weekend with a win, a loss and two games under their belts.

“The film from last night showed us what we needed to do to compete today and the guys made the right adjustments and played well.”

The Thunderwolves will be back on the court against the McMaster Marauders when the OUA regular season starts on October 25.