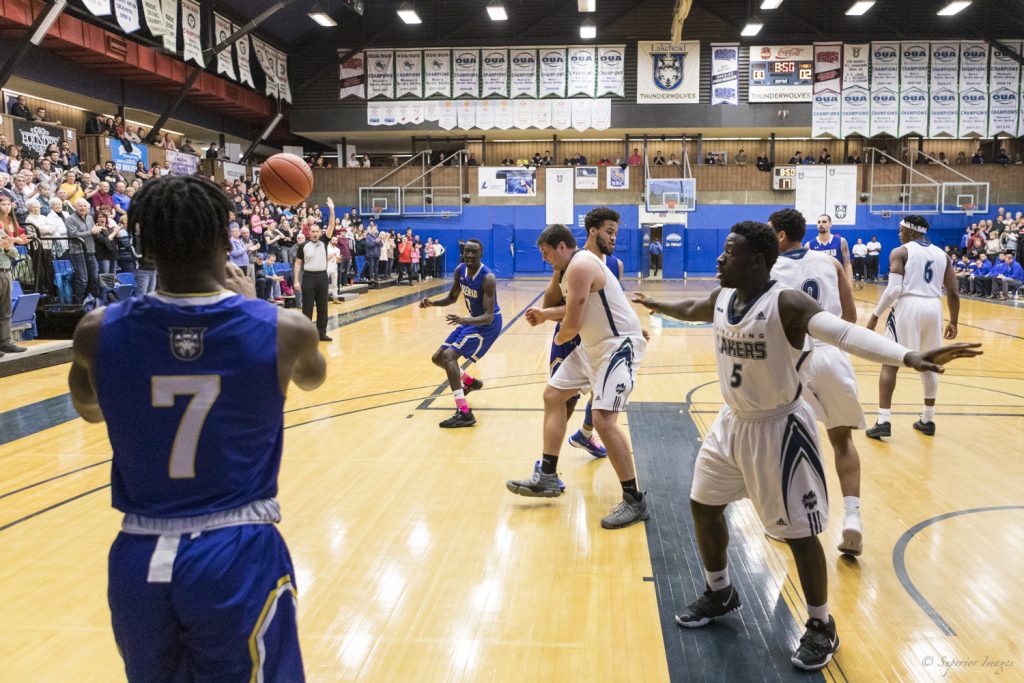 The Lakehead Thunderwolves men’s basketball team make it seven straight with a 95-79 win over the Nipissing Lakers Saturday night.

In addition to 16 points and eight rebounds, Thunderwolves forward Lock Lam added six more blocks to his season total and is now leading the country with 56 total blocks.

“It was a good win against a scrappy Nipissing team,” said head coach Ryan Thomson.

“Coach Cory did a great job of having them ready to compete and push us to the limit. Our defensive effort carried us in the second quarter and fourth.”

Saturday’s matchup was a part of the Thunderwolves Annual Think Pink – Shoot for the Cure games. All of January the Thunderwolves women’s basketball and volleyball teams have been fundraising in support of the Northern Cancer Fund for Breast Cancer. This year was extremely successful as the Thunderwolves raised more than $10 000 dollars.

The Thunderwolves will be back in action on the road next weekend as they travel to Toronto for back-to-back games against the Toronto Varsity Blues.