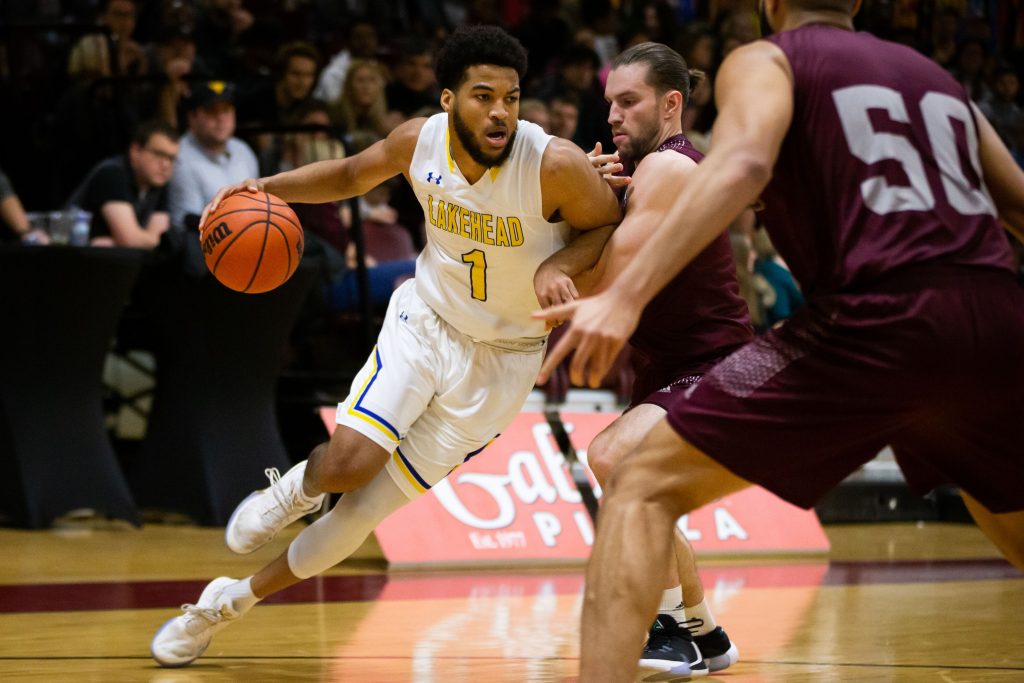 After defeating the nationally-ranked Ottawa Gee-Gees 80-73 Saturday night, the Lakehead Thunderwolves men’s basketball team has improved their overall record to 7-3. Saturday night’s win marks the first time the Thunderwolves have won a game against the Gee-Gee since 2011.

The Thunderwolves had a dominant second quarter, scoring 24 points while holding the Hawks to only nine, and finished each quarter with the lead.

“It was a good win tonight for the guys. We were disciplined and we rebounded the ball which is always a key for us,” said head coach Ryan Thomson.

“We were unselfish, shared the ball and made some timely plays offensively.”

The Thunderwolves had four players finish with points in the double digits including Alston Harris and Lock Lam, who both finished with 11 points. Isaiah Traylor led the Thunderwolves defensively with 9 rebounds on one end of the court and earned 18 points on the other. Laoui Msambya led the Wolves offensively with 20 points and three assists.

The Thunderwolves will be back at home next weekend to host the York Lions in their final weekend of play in 2019.