Thunderwolves set to play final games of the season 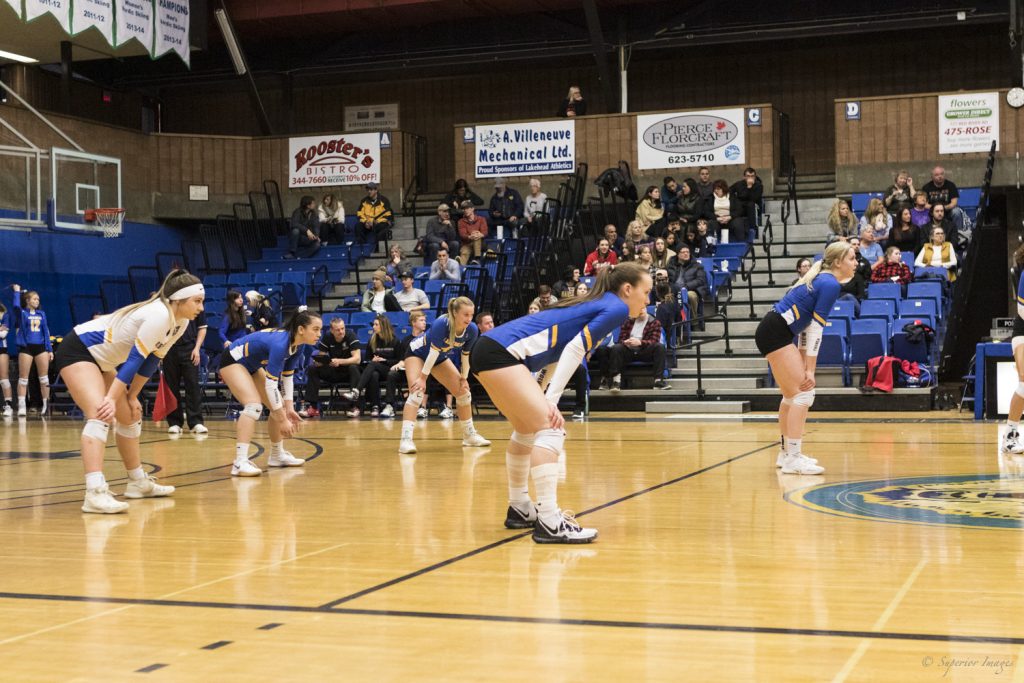 The Lakehead Thunderwolves women’s volleyball team will take to the court for the final time this season and host the Brock Badgers this Saturday and Sunday.

The Thunderwolves are heading into this weekend fresh off of a 3-2 win over the RMC Paladins and will be looking to carry the momentum from that game into their matches against the Badgers.

After last weekend’s win, the Thunderwolves have improved to 2-15 this season.

The Thunderwolves and Badgers have split their past 12 matchups evenly, with six wins each, however, the Badgers have claimed that past two games.

“Final games of the season this weekend. Brock is a very talented team with a lot of firepower and are the division leaders in the OUA West,” said head coach Craig Barclay.

“These are very important matches for them and we expect their best game. We will do our best to stop their attacking and be in good defensive positioning for it as well as need to keep up to pace offensively ourselves.”

The Badgers have gone 12-3 this season and are currently riding a four-game winning streak with four regular-season games left to play.

The volleyball squad’s first game of the weekend will be played at 2:00 pm on Saturday, Feb. 15th and the Thunderwolves are excited to be hosting Thunder Bay Pride for Embrace Your Pride night.

“This weekend is also our Seniors weekend and we have one graduating fifth year, Rachel Sweezey, which we will be celebrating and recognizing her career on Sunday before the match,” said Barclay.