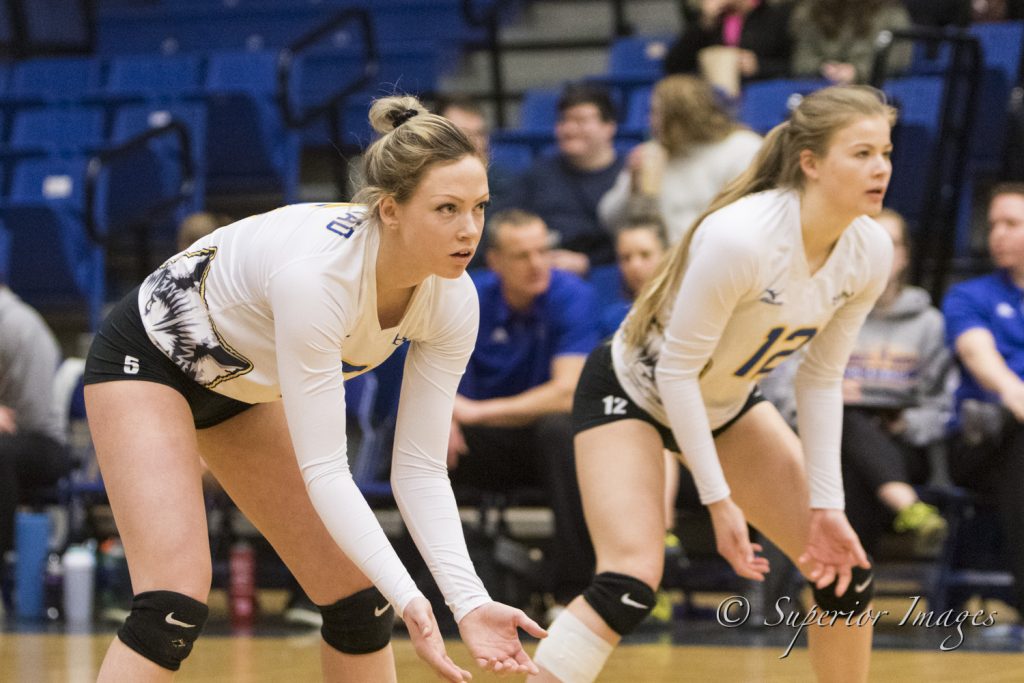 The Lakehead Thunderwolves women’s volleyball team saw some improvements in their second game against the McMaster Marauders but unfortunately lost in three straight sets for the second game in a row Saturday night.

The Thunderwolves and Marauders went back and forth exchanging points in the early minutes of each set before McMaster pulled ahead winning the game 25-15, 25-13, 25-15.

“A much better effort from our team today,” said head coach Craig Barclay.

“There are still lots of areas we need to clean up but this is another step in the process.”

“We were unable to hit in the positive which was the difference-maker,” said Barclay.

“We had far too many attacking errors which we will look to improve on before next weekend.”

The Thunderwolves will regroup and take to the road again next weekend, travelling to Waterloo to face off against the Waterloo Warriors.