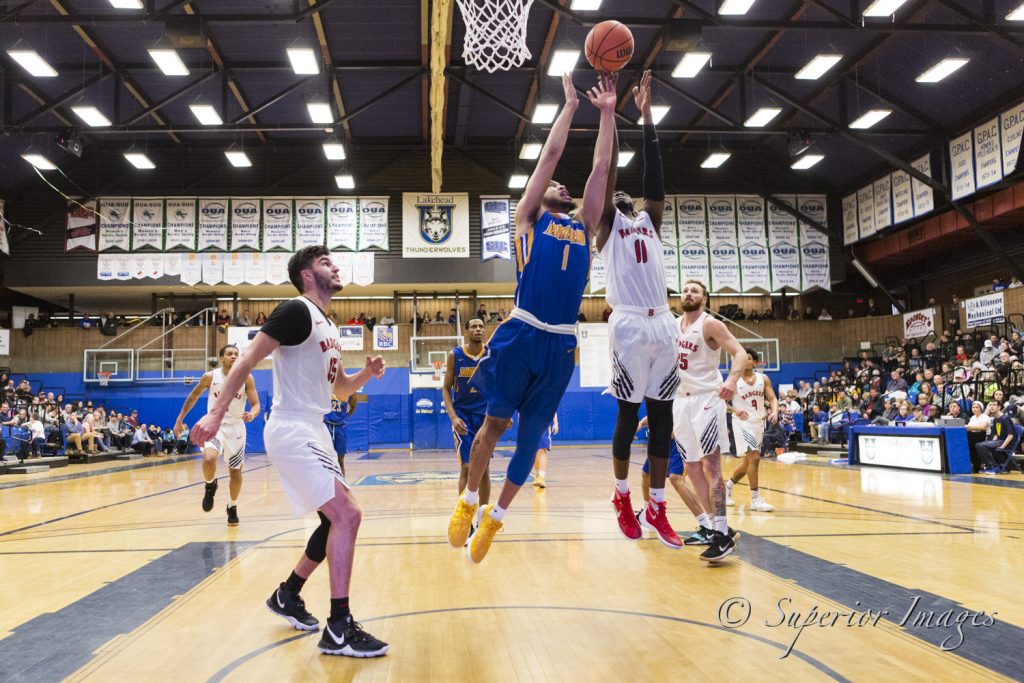 The Lakehead Thunderwolves men’s basketball team were handed their second loss of the season by the Brock Badgers, dropping the game by a score of 75-68 Saturday night in St. Catharines, ON.

After splitting the two-game weekend series against the Badgers the Thunderwolves are now 6-2 this season.

“We battled hard through some adversity in the first half and came up short.”

Down 23-9 after the first quarter, the Thunderwolves scored 24 points to get themselves back into the game.

Tied 64-64 with less than four minutes left to play, the Badgers went on an 11 point run that the Thunderwolves couldn’t come back from.

Kascius Small-Martin and Noah Lapierre led the Badgers in scoring with 21 and 15 points respectively, while Godsman Kwakwah produced offensively and defensively, finishing with 13 points and 12 rebounds.

Lock Lam was the Thunderwolves star tonight, recording 15 points, 9 rebounds and five blocks. Also breaking into the double digits was Alston Harris with 11 points and Isaiah Traylor with 10.

The Thunderwolves will be in Ottawa next weekend to take on the Carleton Ravens and the Ottawa Gee-Gees.

“This week coming up is big for us and our growth going to Ottawa to play two of the best teams in the country,” said Thomson.