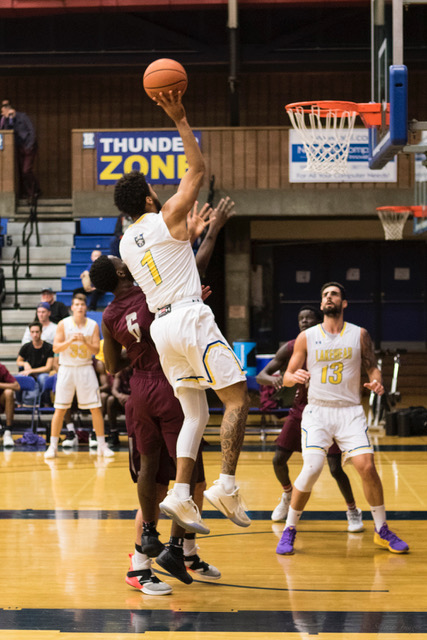 The Lakehead Thunderwolves men’s basketball team fell 79-76 to the McMaster Marauders Saturday night in the second of two back-to-back games at the C.J. Sanders Fieldhouse

“The guys worked hard, but ultimately we didn’t rebound and take good shots. We have a week to get prepped for an athletic and talented Ryerson team.”

It was a close game that saw the lead change 21 times, and the score tied nine times. The Thunderwolves held the lead for 21:22 out of 40 minutes.

The Thunderwolves will be back in action next weekend in Toronto as they take on the Ryerson Rams.