Thunderwolves struggle to close out, fall 3-0 to Windsor 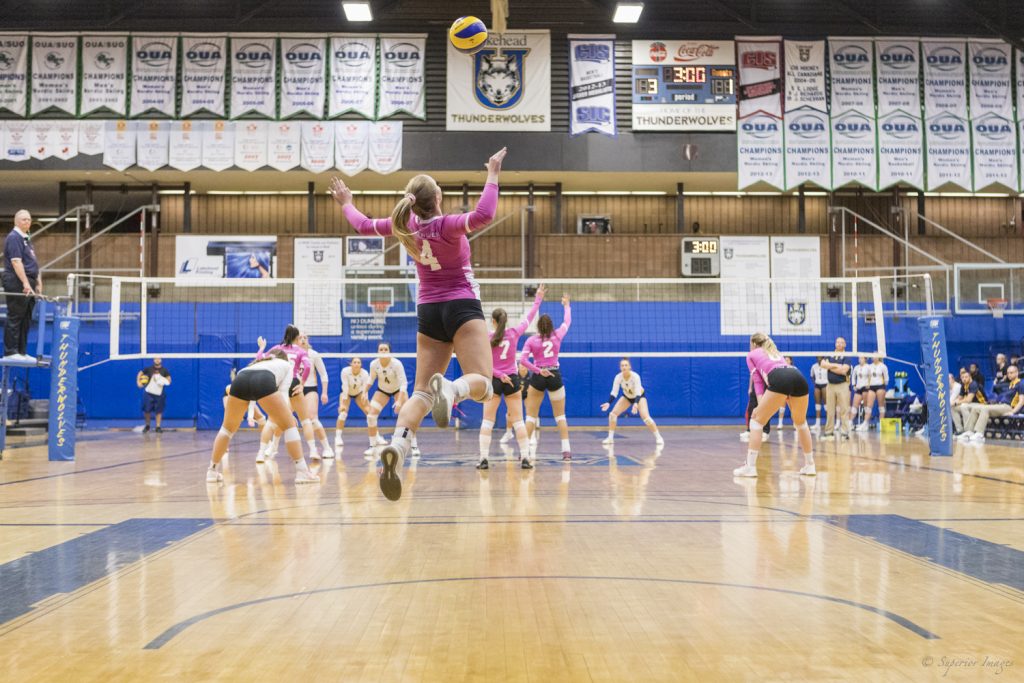 Falling 25-6 in the first set, the Thunderwolves were able to put up a fight in the sets that followed but ultimately lost 3-0 to the Windsor Lancers.

“We clearly did not get off to the start that we wanted in today’s game,” said head coach Craig Barclay.

“After the dust had settled we found ourselves in a very tight match. We had many opportunities in this match to extend it or to win it.”

The second and third sets went much better than the first for the Thunderwolves, who were able to rebound. The Lancers only won the final sets 25-23, 25-21.

“It is time for our young group to learn how to be comfortable playing with a lead,” said Barclay.

“We had late leads in both the second and the third set, ultimately not being able to close it out when it mattered most. We will see if we are able to come out stronger tomorrow.”

Saturday’s matchup was a part of the Thunderwolves Annual Think Pink – Spike for the Cure games. All of January the Thunderwolves women’s basketball and volleyball teams have been fundraising in support of the Northern Cancer Fund for Breast Cancer. This year was extremely successful as the two teams raised more than $10 000 dollars.

The Thunderwolves women’s volleyball team will take on the Lancers for a second time this weekend on Sunday, Jan. 26 at 1:00 pm in the CJ Sanders Fieldhouse.