Thunderwolves sweep Ryerson on the road 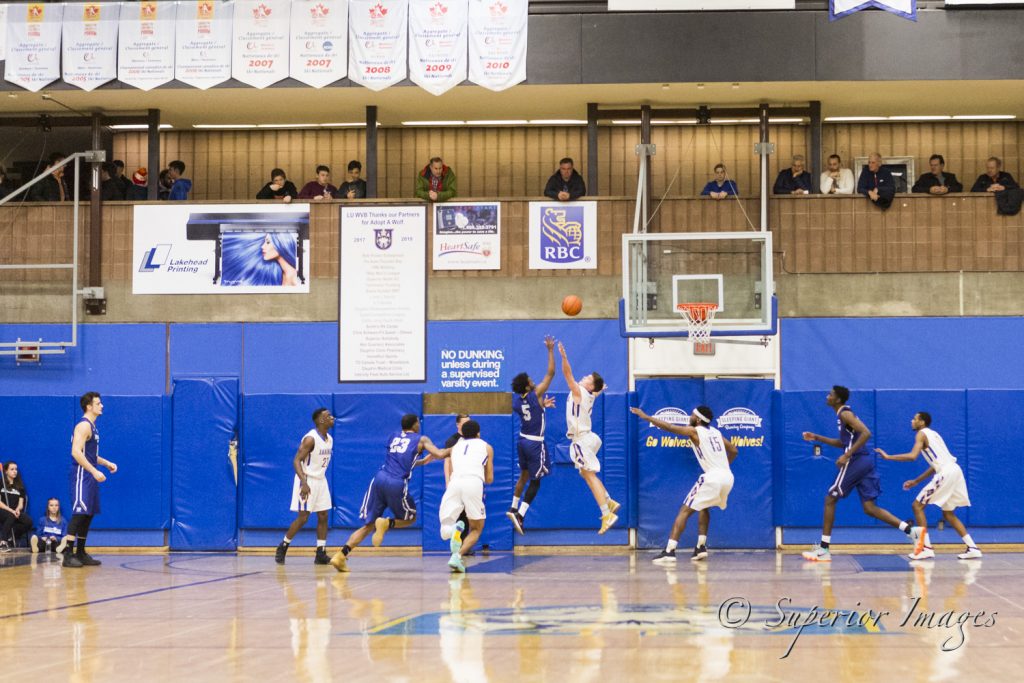 The Lakehead Thunderwolves men’s basketball team came from behind to defeat the Ryerson Rams 79-75 and sweep the series Saturday night in Toronto, ON.

“A gutty team win. The guys battled back after a lethargic first half,” said head coach Ryan Thomson.

“The second half the bench energy was great and the guys made some shots and got a number of stops that kept us in the game.”

The slow start didn’t stop the Thunderwolves. After falling behind 31-13 in the first quarter, and 49-32 by the end of the second quarter, the team rallied to make a comeback, scoring 32 points in the third quarter and holding the Rams to just 12 points in the final quarter.

The Thunderwolves saw contributions from many players on the team tonight. Alston Harris and Chume Nwigwe lead the team in scoring with 16 points each. Isaiah Traylor and Lock Lam finished the game with 11 points each, while Laoui Msambya led the way defensively with 11 rebounds.

Ryerson’s Tevaun Kokko had a big game, leading the Rams with 26 points. Right behind him with 25 points was Jayden Frederick.

It was a big win for Lakead, who played in front of over 200 Thunderwolves fans, thanks to the Lakehead Alumni depart who works hard to support the Thunderwolves while on the road.

The Thunderwolves will be back at home next weekend to host the Waterloo Warriors and Laurier Golden Hawks.