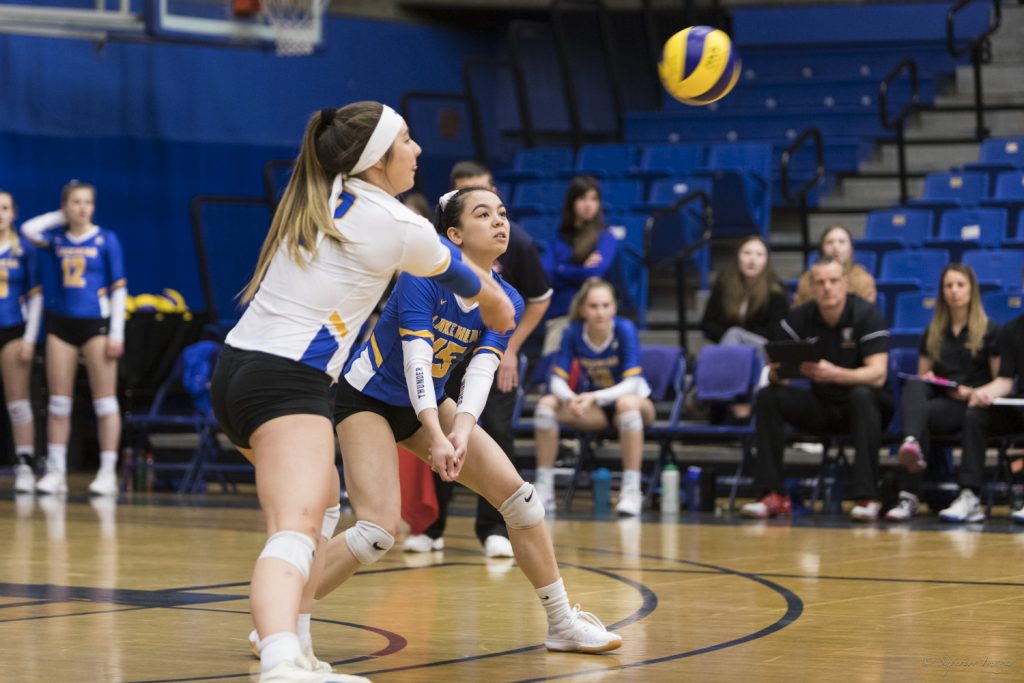 The Thunderwolves had a great start, winning the first set 25-18. They carried that momentum into the second set, coming out on top 25-20. RMC, in a must-win situation, put up a fight in the third set. The two teams battled it out until RMC finally won 29-27, forcing a fourth set.

The fourth set was also a battle that RMC won 26-24, pushing the game into a fifth set.

The Thunderwolves weren’t about to let the Paladins take the final set, and locked in their second win of the regular season, winning the fifth set 15-8.

“They played relaxed and confident and it was great to see. We had a few chances to put it away in three but didn’t and really pulled through in the fifth. Great determination and character from the whole team and a great win.”

Meghan Routier and Abigail Almonte led the Thunderwolves to victory with 15 kills each. Routier also finished with three aces and four total blocks.

The Paladins were led by Logan Rook, with 17 kills, and Lauryne Mvuezolo, with 13 kills.

The Thunderwolves will be back on the court next week to play their final games of the season, hosting the Brock Badgers for Saturday and Sunday matches.