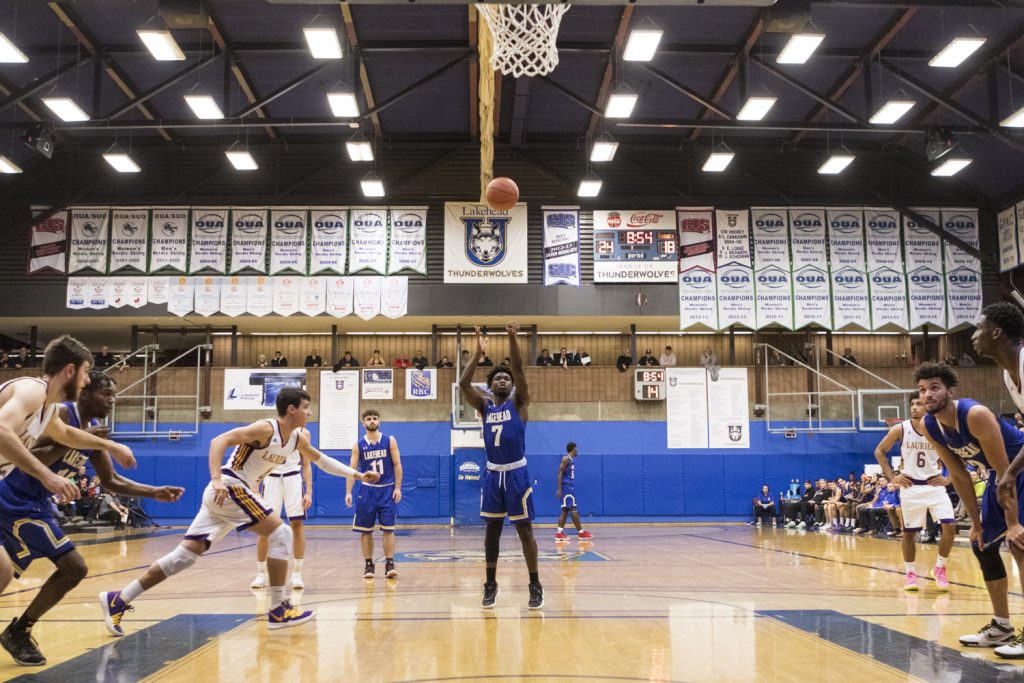 The Golden Hawks defeated the Queen’s Gaels 91-81 in round one of the Wilson Cup to earn the right to face the nationally-ranked Thunderwolves.

“Laurier’s record isn’t indicative of how talented they are as a team,” said head coach Ryan Thomson.

“They had some injuries but are coming together at the right time. We need to be disciplined, focused and unselfish this weekend to continue our season.”

The Golden Hawks entered the postseason as the tenth seed team after going 11-11 during the regular season.

They were led by Ali Sow, who finished fifth on the OUA leaderboard with 427 points. Sow picked up 29 more points in the Golden Hawks win over the Gaels on Wednesday.

The Thunderwolves finished the 2019-20 regular season with a 17-5 overall record and a 9-1 record at home, placing them into the Wilson Cup race as the second seed team.

Isaiah Traylor led the Thunderwolves in points all season, including a 40 point performance against the Queen’s Gaels in their final regular-season game, leaving him fourth in the OUA with 487 points.

The Thunderwolves will also be looking to forward Lock Lam to lead them defensively in the postseason. Lam led the Thunderwolves and the country with 77 blocks this season and is second in the OUA with 157 defensive rebounds.

The Wilson Cup quarter-final match-up will take place at 7:00 pm Saturday, Feb. 22 at the Thunderdome. Tickets are on sale and available for purchase at the CJ Sanders Fieldhouse.