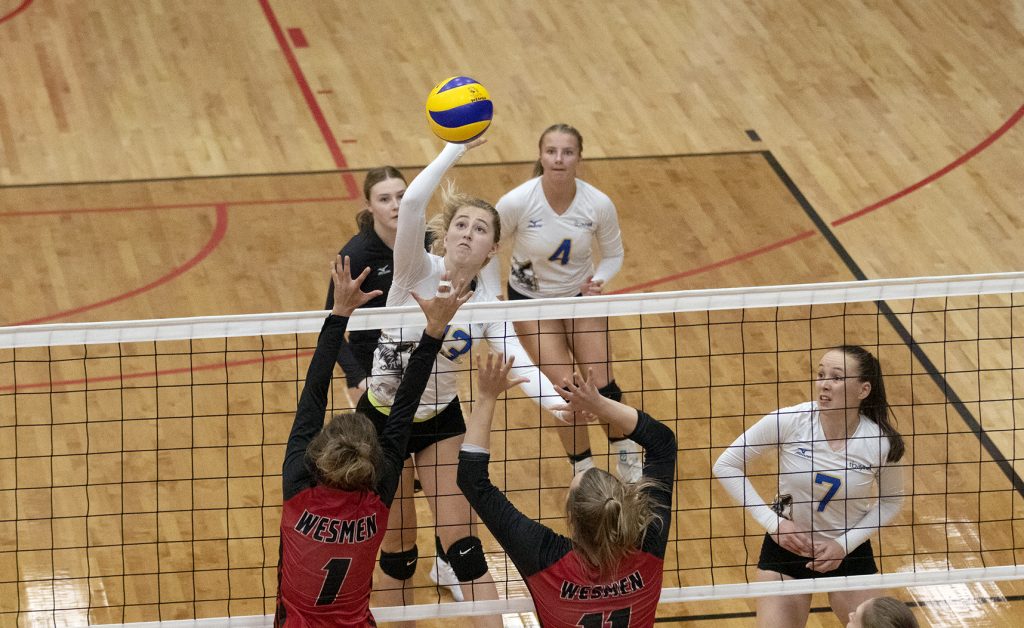 Lakehead’s women’s volleyball team battled hard in their first two games of the University of Winnipeg Unruh Challenge but ultimately fell to Winnipeg and Regina.
“Today was a good start to our tournament. We knew we would be in some tough competition and we saw that right away in our first match,” said Head Coach Craig Barclay.
The Thunderwolves went 25-22, 25-10, 25-15 in their first match against the host team, Winnipeg Wesmen, who won 3-0.
“We came out strong but were unable to continue executing at a high level. I think we learned from the first match as we moved into the second match,” said Barclay.
Lakehead stepped up their game for their second match, where the faced the Regina Cougars. The Wolves’ took the win in the second set 25-15, but Regina went 22-25, 25-21, 25-19 in the other three sets to win the match.
“We saw a very tough team in Regina and we were able to play them very tough,” Barclay said.
“It took us a while to get used to their height and physicality but we were able to play some good volleyball.”
The Thunderwolves are looking forward to learning from their matches today to make an even stronger push Saturday when they face the Manitoba Bison and Brandon Bobcats.