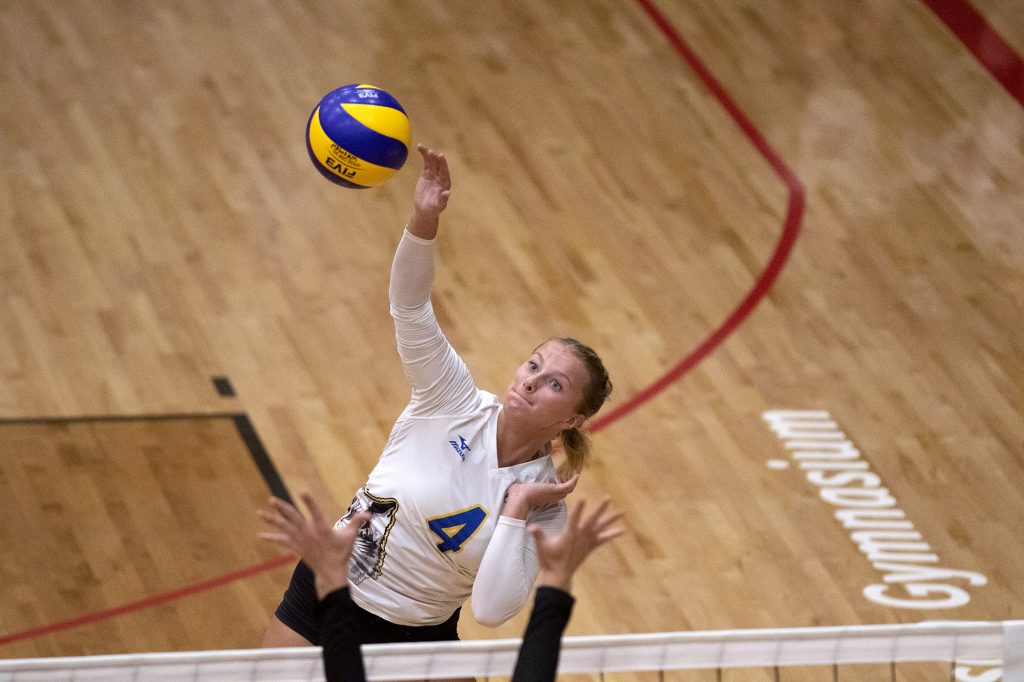 Lakehead Thunderwolves women’s volleyball returned from the University of Winnipeg Unruh Realty Challenge a step closer to where they want to be when the OUA volleyball regular-season starts.

“We learned what it is going to take to compete at a high level for a long period of time,” said Craig Barclay, head coach of Thunderwolves women’s volleyball.

“There were moments of really great volleyball and then also moments that show how young we are as a team.”

The Thunderwolves started the second day of competition on Saturday by meeting the Manitoba Bison on the court. Lakehead had a strong start, but the Bison would take the match 3-0, winning the three sets 25-22, 25-14, 25-15.

The second match-up for Thunderwolves was against the Brandon Bobcats and won the first set 25-20 with another fantastic start.

“We went into a very tough tournament and competed very well. Our last match was an opportunity for both squads to showcase some of our young athletes,” said Barclay.

“We have learned a lot from this weekend and who we are as a team and where we need to go from here. We are looking forward to our next tournament in Hamilton to see how much we have improved from our learning opportunity.”