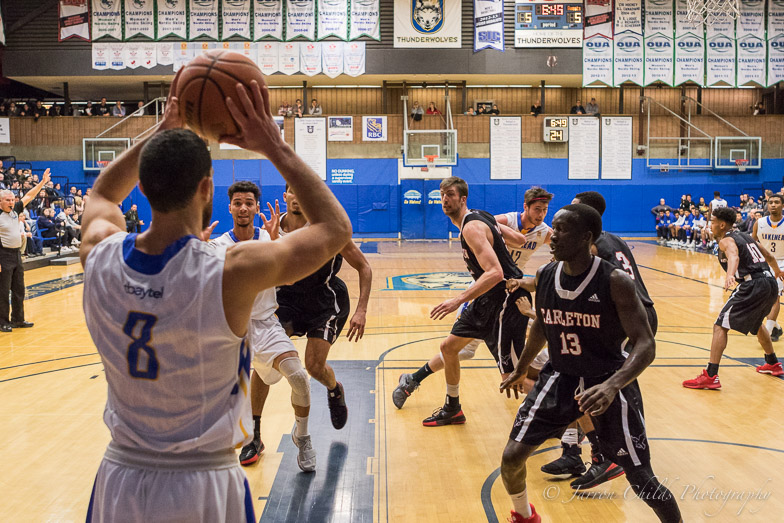 The Lakehead Thunderwolves men’s basketball team fell 80-69 to the top-ranked team in the nation on Friday night in Ottawa, ON.

Heading into the second half of the game the Thunderwolves were only down 37-36.

“They rebounded and turned us over in the second half and that was the difference,” said head coach Ryan Thomson.

“Our discipline was solid and something positive to move forward with.”

Lakehead’s Isaiah Traylor finished the game with the 21 points, the highest number of points on either team. Lock Lam led the Thunderwolves in blocks and rebounds, finishing the game with 15 points, five rebounds and three blocks.

Carleton’s Isiah Osborne finished with the second-most points scored in Friday nights game with 20 points. Biniam Grebrekidan and Simon Chamberlain both finished with a game-high 11 rebounds.

The Thunderwolves will face off against another nationally-ranked team, the Ottawa Gee-Gees, 8:00 p.m. Saturday, Nov. 23.