Lakehead Athletics male athlete of the year, Kevin Tree, was busy this summer as he joined 393 Canadians in Taipei City, Chinese Taipei from Aug. 19-30 to compete in the 2017 Summer Universiade.

“Overall the experience I had was phenomenal.   The people, the city, the organization of it all was incredibly well done.” – Kevin Tree

The Universiade is organized by the International University Sports Federation (FISU) as an international multi-sports event for university athletes and the Canadian delegation includes five teams selected and managed exclusively in-house by U SPORTS, while all remaining teams are managed by their respective National Sport Organizations (NSOs). The 393-member delegation includes 276 athletes, 114 mission and support staff, and three referees in 16 sports.

“I had the opportunity to share this with a great group of people on the Canadian team, who made the experience that much more memorable for all of us. We had the opportunity to travel around the city after the competition was over and immerse ourselves in Taiwanese culture and I have never met kinder people than the people of Taipei. They were so excited that we (people from the FISU games) were there for them to show off their country and welcome us with open arms. There were multiple occasions where someone would drop everything they were doing to stop and help us and in many cases show us themselves where we had to go. This is something I will never forgot.” 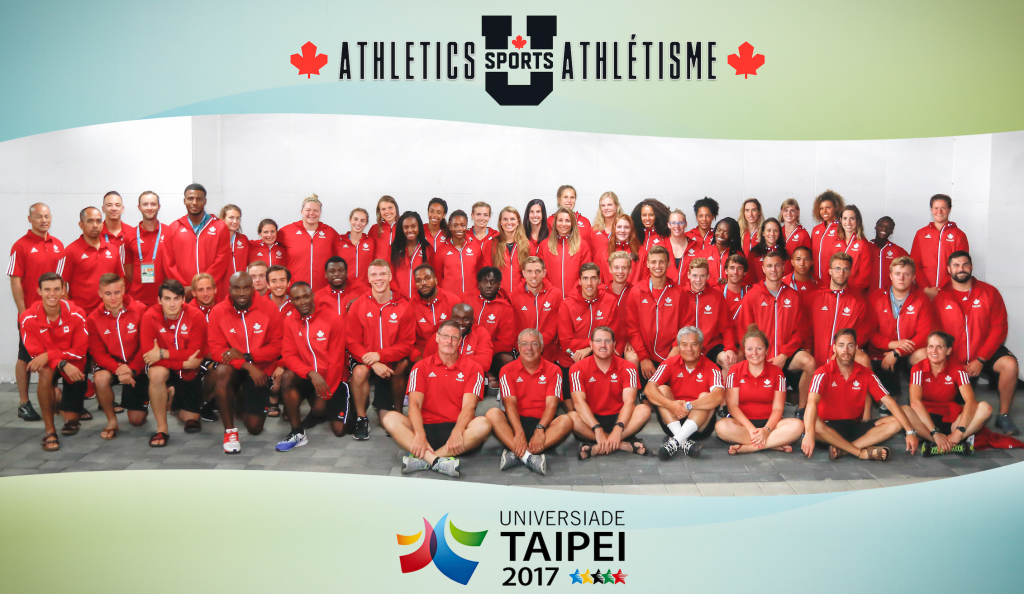 “As for the race, it was not what I wanted as a result, but I ran okay overall. As prepared as I was for the heat and humidity, it was still incredibly tough to deal with throughout the race. When it’s 85-90% humidity it’s almost impossible to stay cool. It was a good experience moving forward and something I will definitely use in the future.”

Kevin also ran the men’s 10000m in le Jeux de la Francophonie Games in West Africa earlier this summer. Tree finished the race 6th with a time of 30:06 and although again dealing with 90% humidity, he described it as an awesome experience.

For full results of the Summer Universiade and Francophonie games, see below: