“We played a very good team in Waterloo tonight,” Thunderwolves head coach Craig Barclay said. “They did a great job limiting their errors and put us in some tough situations. We didn’t quite though—we did a good job continuing to fight. We are looking forward to the rematch tomorrow.”

Waterloo notably maintained hitting percentages above .400 in the second and third sets, but Lakehead was resilient and managed to push the third set to a close finish. Rheanna Geisel led the Thunderwolves with 18 points. Her 15 kills were tops for both teams in the match, and she also led Lakehead with two blocks and nine digs.

The two squads will match up again at the Thunderdome tomorrow night, beginning at 7pm. 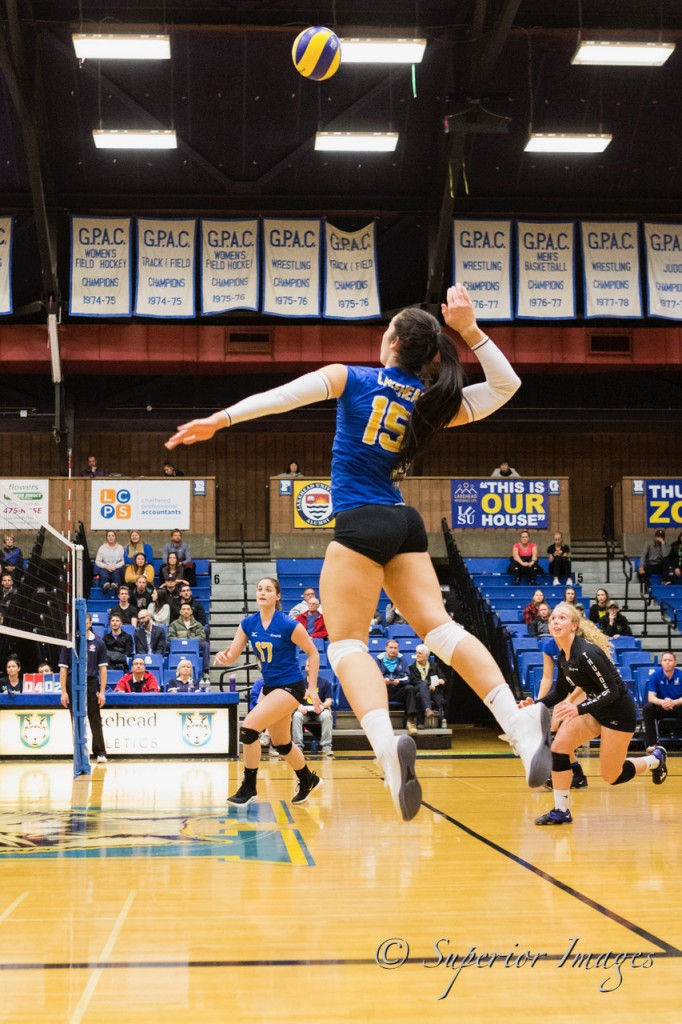