Lakehead’s women’s volleyball team lost to the #2 nationally-ranked Ryerson Rams on Sunday afternoon, but not before taking a set off the defending national champs. Set scores for the Thunderwolves were 25-21, 12-25, 22-25, and 16-25. Sunday’s game marked the last of Lakehead’s home volleyball games this season and also the Thunderwolves senior game, before which graduating athletes were

“Tonight was all about our seniors who are graduating,” Lakehead coach Craig Barclay said. “It was a special night for them and they showed up ready to play. They were our leaders on the court and they got to celebrate with family and friends.”

Jessica Korchak provided a steadying presence at the middle position, including 2 solo blocks and 2 digs, Rachel Sweezey was a guiding force offensively with 37 assists, 3 aces, and 1 kill while also contributing 2 block assists, and 9 digs, and Rheanna Geisel led the Thunderwolves attack with 21 kills on 49 attempts, 2 aces, 11 digs, and 1 solo block.

The Thunderwolves hitting percentage as a team was .215 to Ryerson’s .293. Lakehead out-hit the #2 Rams in the first set, and matched Ryerson’s hitting percentage in the third set. The defending national champs, however, saw double-digit point contributions from three different players and managed to double the Lakehead block numbers while also committing fewer errors.

“Ryerson is a very good team,” Barclay said, “and we did a good job playing against them.”

Lakehead next travels to Kingston, Ontario to finish its OUA regular season against Queen’s on Saturday, February 23rd, and against RMC on Sunday, February 24th. 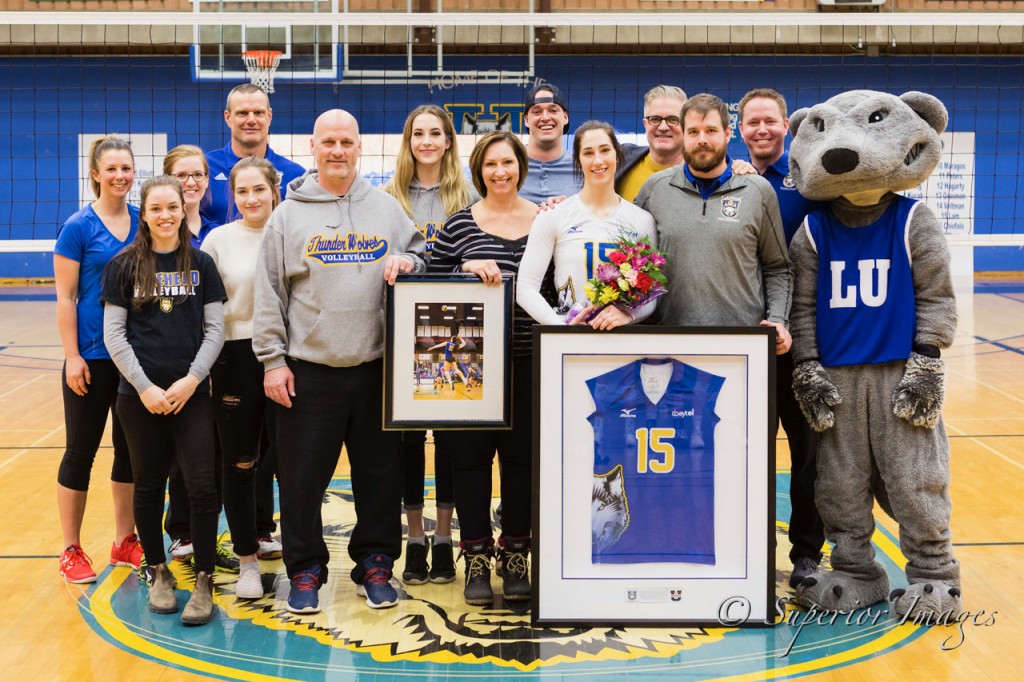 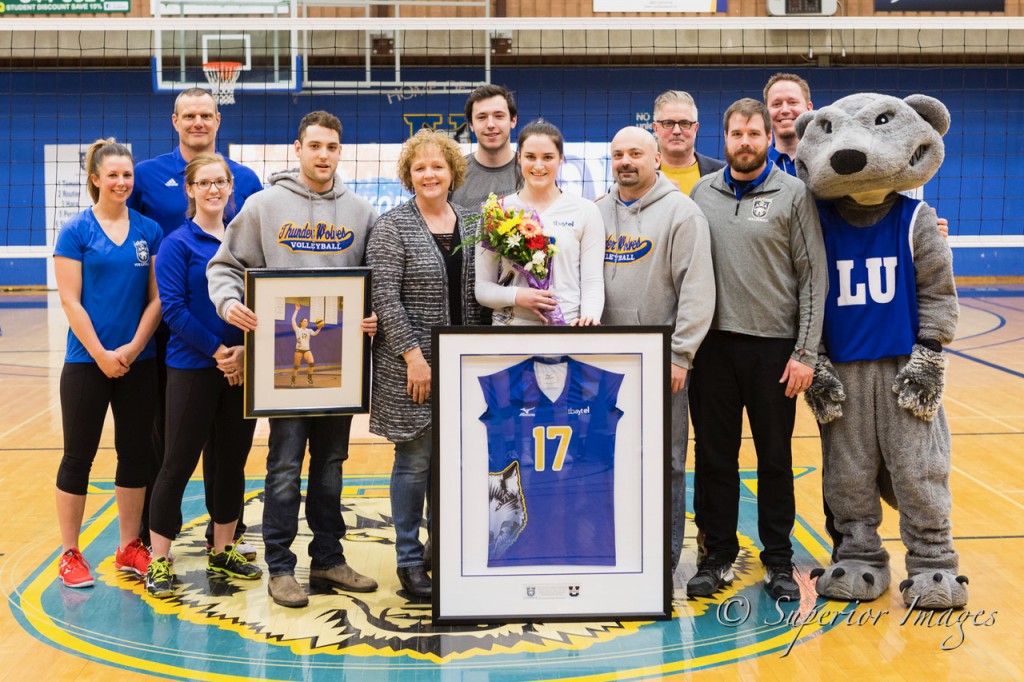 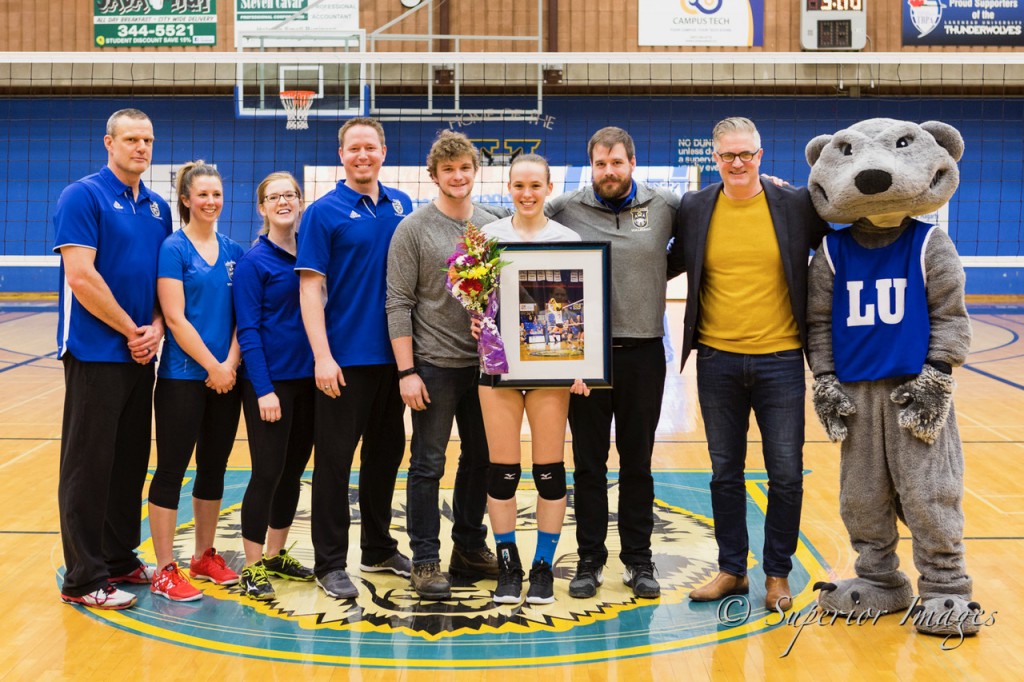