After a celebrated career, Francis Clayton is announcing his retirement.

Shortly after becoming the 1981 CIAU mens champion wrestling for Lakehead, he took on the role of Lakehead’s Head Wrestling Coach in 1985. “After two stints of coaching the Lakehead Wrestling program, 1985 to 2005 and then 2014 to today, I am officially retiring from coaching.” Clayton said. “It has had its ups and downs, mostly ups. Winning the OUA’s first Women’s Championship, with over 85 OUA All-Stars, 30 plus USports All-Stars, and over 20 wrestlers that have represented Canada at a World, Pan American, International or Commonwealth Championship at the senior, University or Junior levels.”

Even in Francis’ own words, you are able to tell that his storied career has spanned multiple generations.  “I wrestled in a tournament hosted by Lakehead University’s Physical Education Association in 1975, and coached my last practice as a head coach in 2022”. Clayton joked he also “did a lot in between.” Clayton continued in earnest, “I’ve enjoyed my time with the wrestlers and staff that I have been so very fortunate to coach and work with.”

Francis has had many accolades over his coaching career including being named OUA men’s coach of the year four times and women’s coach of the year once, and twice captured the same honour at the CIS level (1994-95, 2001-02), both times for his success at the helm of the Thunderwolves men’s team.  Francis was inducted into the Northwestern Ontario Sports Hall of Fame as a builder in 2001 and, in 2004, received the Ontario Amateur Wrestling Association’s Harry Peace Award presented annually to a person who worked diligently to advance the management and organization of the OAWA.  He was also the runner-up for the 3M National Coaching award in 1993, which spans all athletic disciplines in Canada.

On his home mat, Clayton was honoured as one of Lakehead’s ’40 Northern Lights’, a tribute to individuals that made significant contributions to Lakehead University during its first 40 years.  He was also inducted to the Lakehead Athletics Wall of Fame as a builder and coach of multiple teams throughout his time at Lakehead.

Upon reflecting on his time spent with Francis, Athletic Director, Tom Warden said “Francis Clayton is a wrestling institution. His name is synonymous with coaching development but more importantly respect and fairness. And this is his reputation not just at Lakehead University but nationally and internationally in the sport of wrestling. I’d like to wish Francis the best of luck in his retirement and extend well wishes to his family for this next stage in his life. Francis will be missed.”

Francis looks forward to maintaining his connection with Lakehead wrestling into the future.  Lakehead University Athletics will begin the search for a new coach in Spring 2022. 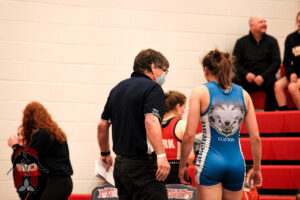 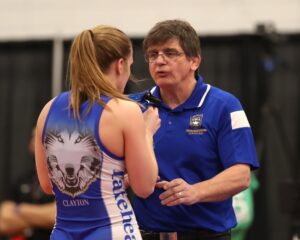