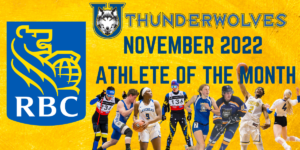 Eric has started the season off strong and currently holds averages of 8.3 PPG, 4 RPG, and a 3PT% of 32.4%. His month was highlighted by a 20 point, 11 rebound performance on November 11 in an overtime win against Brock. Eric continues to show his dedication to the game through his hard work at practices. 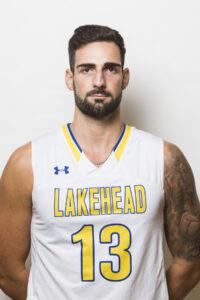 The WVB athlete of the month is Alexis Cancade. Alexis has stepped into the starting setter role seamlessly this season and led our team offense throughout the first half of our OUA season. After 10 games in a row, 3 weekends of travel, and countless individual practices at 7 in the morning, she has consistently improved her play and shown relentless commitment to both her team & academics. A highlight for Lex was last weekend vs. RMC where she tallied 57 setting assists and helped our team to two wins. Great job Lex! 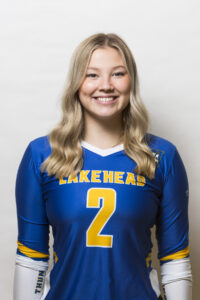 Tiffany Reynolds has led the women’s basketball team on and off of the court so far this season.  Off the court, Tiffany’s leadership has been invaluable to the team’s development.  During the team’s 8 games in November Tiffany led by example during her 28.6 minutes/game on the court.  During November Tiffany averaged 11.8 PPG, 3.9 APG, 7 RPG.  Congratulations Tiffany on a great November! 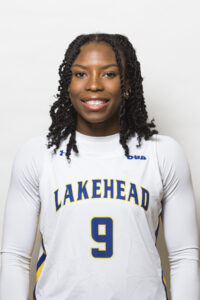 Griffen has continued to elevate his game, playing his best hockey as a Thunderwolf in the month of November. Griffen is relied on for every situation and makes a positive impact for our team whenever he is on the ice. Throughout the month, Griffen put up 4 goals and 8 assists for a total of 12 points in 9 November games. 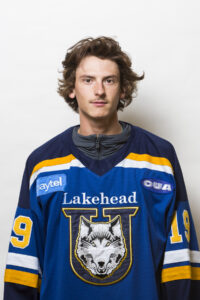 Mike Zale is one of our graduating seniors who had a great month of competition where he won both the TMU Open and the York Open. He managed to beat a 2022 world team member in the finals of the York Open. This resulted in him being selected as the U Sports wrestling athlete of the week for the week of November 21st. 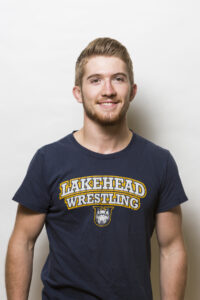 Bella just joined the team this year and has had some good results in competition this month, coming 4th at the TMU open. She works hard at practice and shows a dedication to continual improvement. The team is excited to see how she continues to progress moving forward. 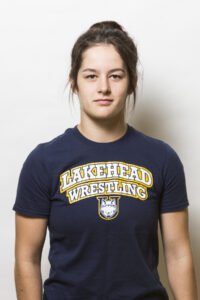 New to our team this year, Patrick has been the addition to our team that we thought he would be when we recruited him out of Sudbury.  He is professional, hardworking, and shows up to every workout keen to improve and make gains.  In his short tenure with the team, he has established himself as a key part of our men’s program and looks to be a big part of our success for years to come.  Patrick is also a true team player and a big part of team culture, having established himself as someone who can be relied upon to show up, work hard and support his fellow teammates. We will look for big things from Patrick this season and throughout his career as a Thunderwolf. 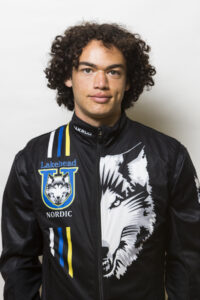 Also new to our program this year, Emma has shown tremendous improvement in each training session while greatly contributing to team culture.  Emma’s easygoing presence on the team coupled with her desire to improve and her willingness to work hard has helped to cultivate a fun and motivating environment within our team.  She is fearless in training and committed to personal improvement. Even as a rookie, she has become a model of what it takes to be a great athlete.  Emma has been an amazing addition to our team this year and we are excited to see what her future as a Thunderwolf has in store for her and for our program. 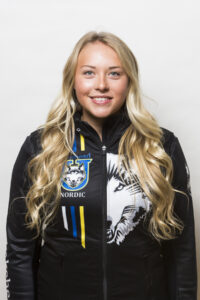 Rowan has been one of the hardest-working athletes of the year thus far — each week, she has continued to push herself at every practice, doing everything she can to train & compete with our junior and senior women. In doing so, Rowan has continuously improved each month and is coming off the best races of her career, achieving a half-second personal best in the 60m Dash & almost 2 seconds in the 300m, an event she won this past weekend at our home opener in a time of 43.5s. We are so proud of the work Rowan has been putting in — it hasn’t been easy, but she has persevered and is truly deserving of this Athlete of the Month award. Congratulations, Rowan! 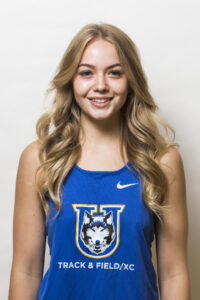 Jett had a phenomenal sophomore campaign, improving by leaps and bounds over his rookie season. Dobson saved the two best races of his career (so far) for the largest of the year; OUA & USports Cross-Country Championships. He led the Thunderwolves to a 12th-place finish at the national championships in Halifax, finishing 39th overall in a loaded field. Jett has been demonstrating improved focus & dedication to his work this year and it’s shown — he is also coming off a 10-second personal-best in the 3,000m run, winning the Lakehead Season Opener in a time of 8:57. Way to go Jett! 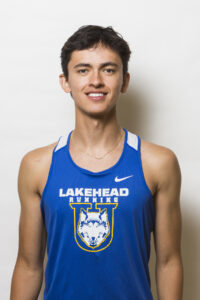 Congratulations to all of the Lakehead Thunderwolves varsity athletes who went above and beyond this month on being named the RBC Athletes of the Month for November!