Thunderwolves pull out a close win against the Blues 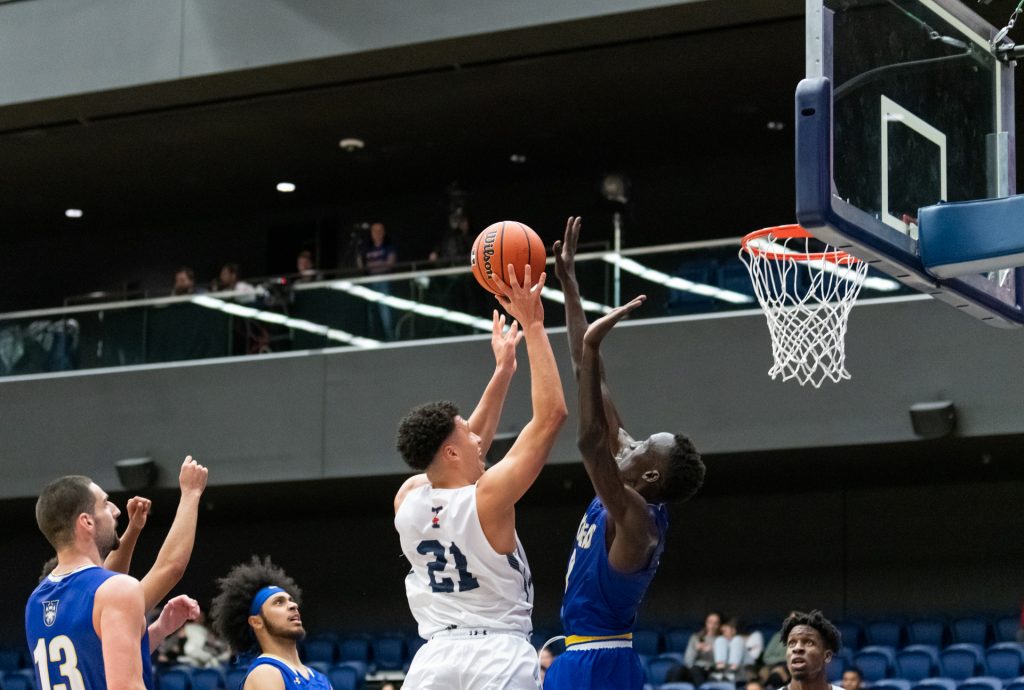 The Lakehead Thunderwolves men’s basketball team came out on the winning side of a close match-up with the Toronto Varsity Blues Friday night, defeating the host team 84-80.

The Blues took the first quarter 20-15 but the Thunderwolves came on top at half time, outscoring the Blues 25-11 in the second quarter. The two teams mirrored each other for the rest of the night both finishing the third period with 27 points and the fourth with 22.

“We have to take better care of the ball tomorrow and rebound at a better rate to get another one.”

The Blues were led by Evan Shadkami, who recorded 21 points, four rebounds and five assists.

With Friday nights win the Thunderwolves improve to 14-3 while extending their winning streak to eight games.

The Thunderwolves and Blues will battle it out for the second time this weekend on Saturday night in Toronto. The game will be available on OUA.tv starting at 8:00 pm.