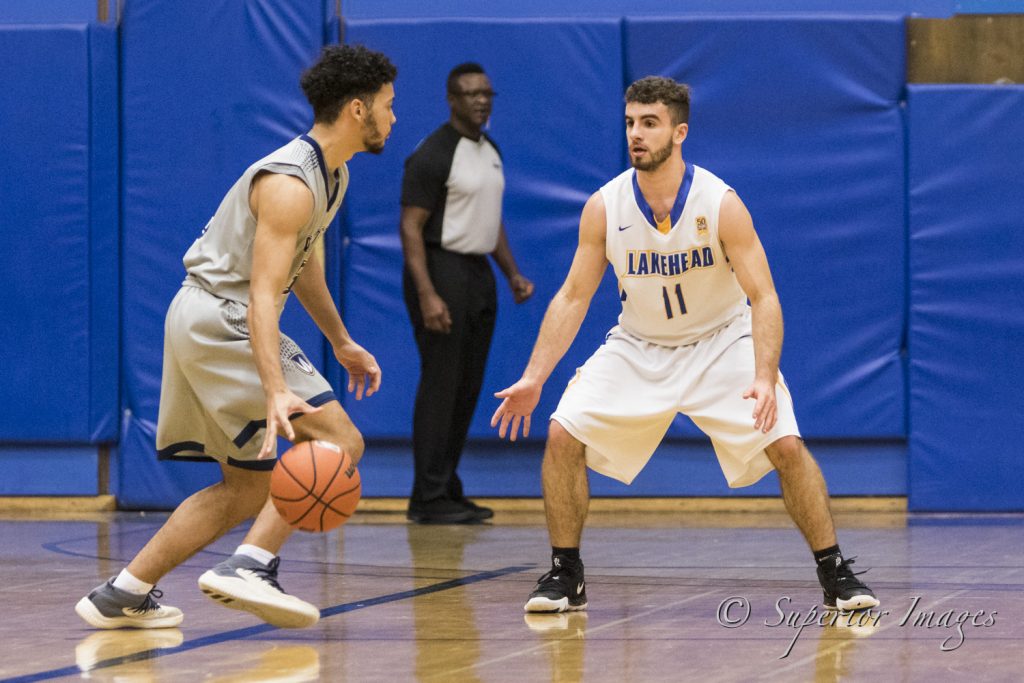 The Thunderwolves had a strong start, finishing the first half up 46-38. Leading 75-61 going into the final quarter, the Thunderwolves struggled offensively and defensively, only scoring 10 points to Windsors 31.

“Collapsed in the fourth quarter with bad defense and a lack of focus,” said head coach Ryan Thomson.

“We need to be better going forward.”

Lancer Telloy Simon led his team offensively, finishing the game with 24 points and nine rebounds, while his teammate Thomas Kennedy recorded a double-double with 21 points and 13 rebounds against the Thunderwolves.

The Thunderwolves will finish their regular season at home, hosting UOIT on Friday, February 14th and Queen’s on Saturday, February 15th. Both games are scheduled to start at 8:00 pm.