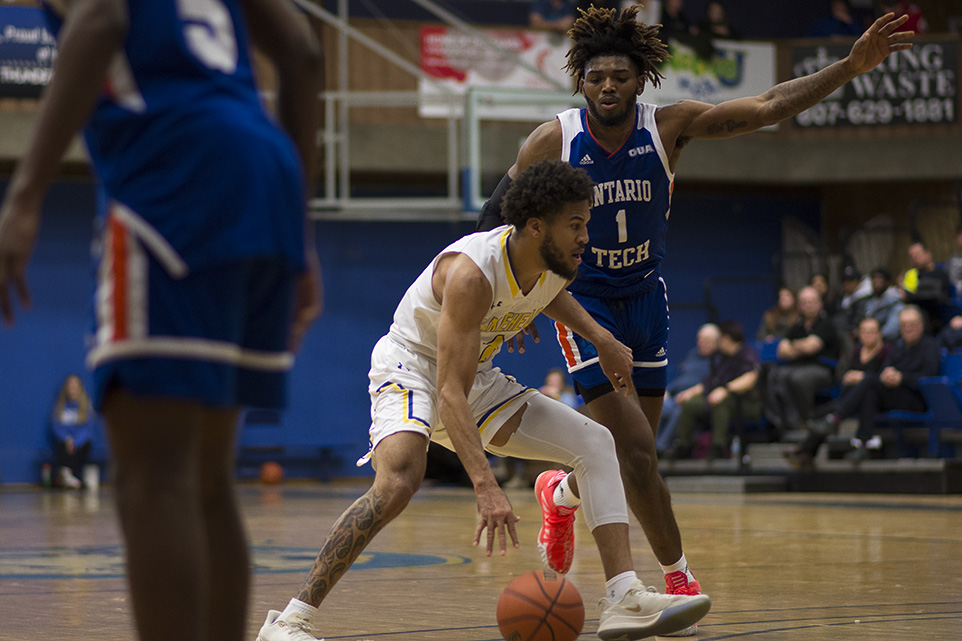 The Lakehead Thunderwolves men’s basketball team put themselves back in the win column Friday night, defeating the Ontario Tech Ridgebacks 91-70 at the Thunderdome.

Senior Isaiah Traylor dominated the game, recording 31 points, one-third of the Thunderwolves’ total, while Lock Lam finished the night with 17 points and 15 rebounds. Lam also added four more blocks to his season total and is now only two blocks away from breaking the Lakehead record for career blocks.

Ontario Tech’s Ammar Hassan recorded a double-double with 19 points and 10 rebounds, while Graddy Kanku led the Ridgebacks with 22 points.

The Thunderwolves are set to play their final regular-season game at the Thunderdome on Saturday, Feb. 15 against the Queen’s Gaels.

Tickets for the Thunderwolves quarter-final playoff game on Saturday, Feb. 22 will go on sale at 7:00 pm Feb. 15 and will be available to purchase in person at the CJ Sanders Fieldhouse.