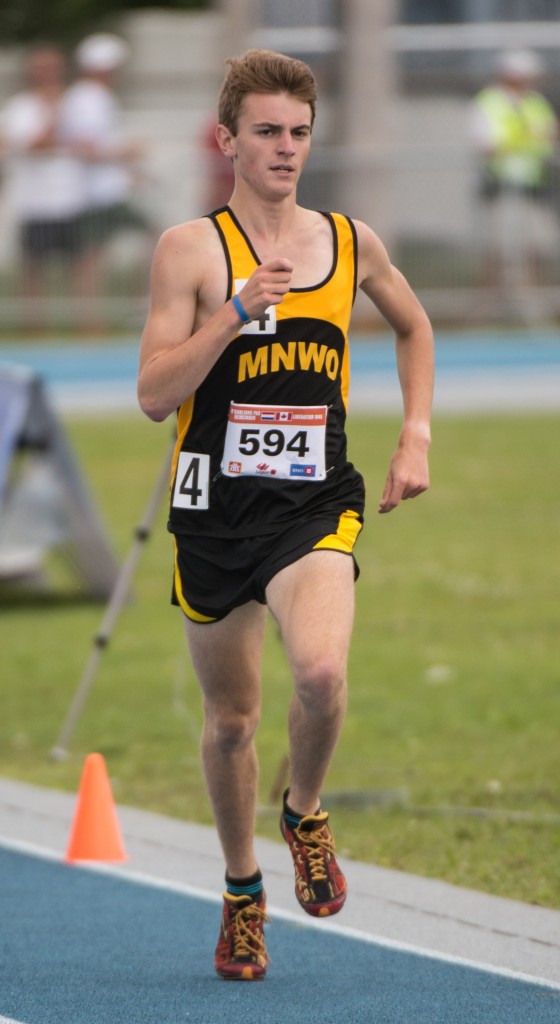 Patterson has held a connection to Lakehead Running since he began as a youngster in the program’s Track Fundamentals training as an elementary student, under the instruction of Lakehead runner Anthony Pucci. From there he graduated to the High School program under coach Sharon Komar, and has been training with the Lakehead varsity group for the past year.

“I am excited to begin my CIS running career, with a university that boasts some of the finest runners in the country and a nationally ranked coach,” says Patterson, who will begin a bachelor’s degree in science with a major concentration in biomedical physics.

“We are very excited that Derek has decided to come to Lakehead,” says coach Kip Sigsworth. “He’s a great student and a tremendous young man who will make our program better. He has worked his way up through our Junior Development Program and I am honoured that we will have the chance to continue to work with him and see him develop over the next four to five years.”