Thunderwolves find success at home and on the road 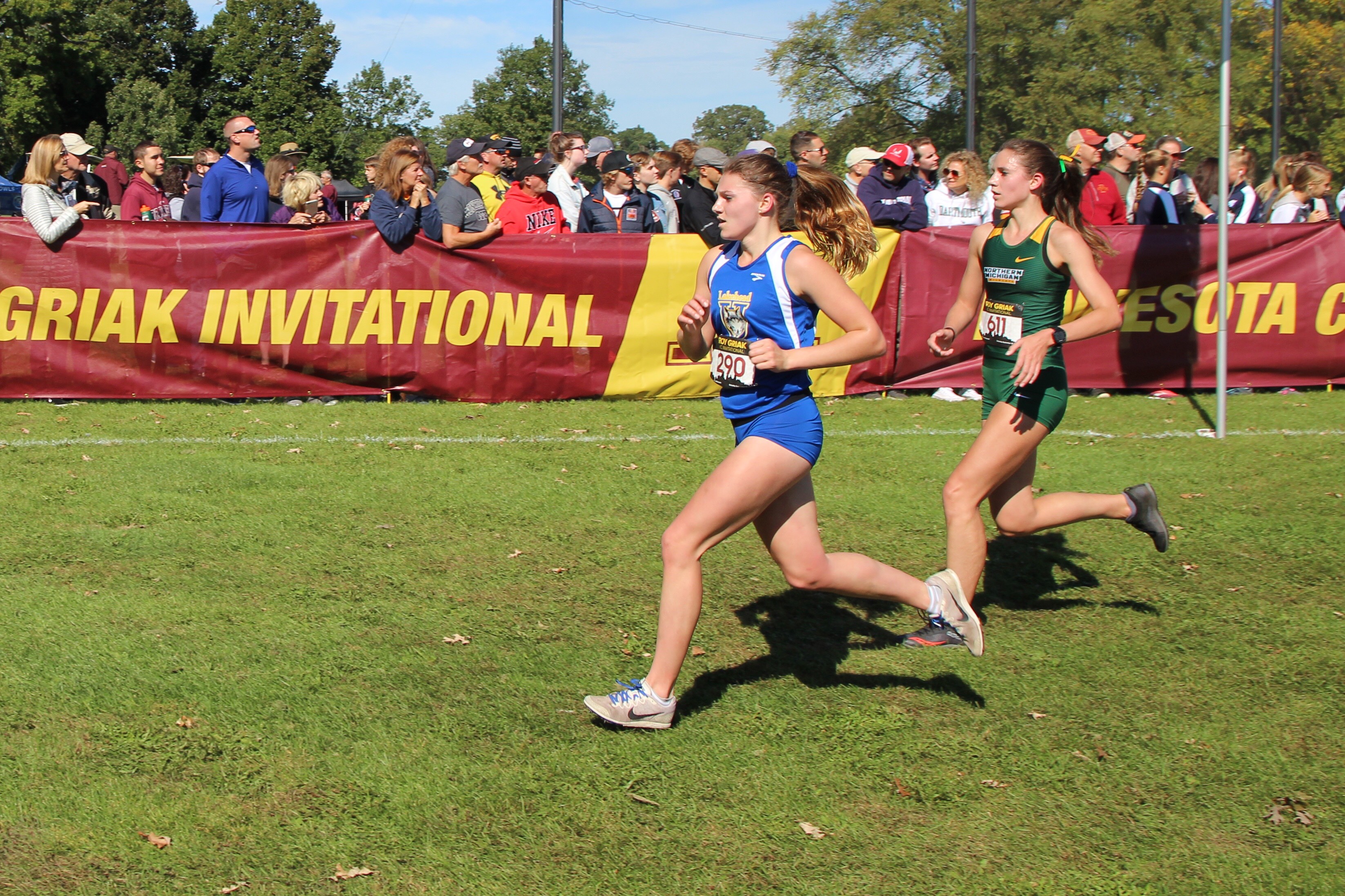 Representing Lakehead at the National Cross Country Running Championships in Abbotsford, Colin Warwick ran in the Junior boys 8km race and finished 15th with a time of 25:33. Colin had a great last 2km of the race, passing about eight athletes during this stretch.

“Good weekend for the team. Colin had a great race at Nationals after an off day at OUAs,” said head coach Kip Sigsworth.

Also representing Lakehead was Haylee Beeman who competed in the Senior Women’s race, finishing 41st in a time of 41:05 for the 10km distance.

“She has improved tremendously this year and continued to race strong in her first race at the national level,” said Sigsworth.

In Thunder Bay, members of the Indoor Track team opened their season at the LU Season Opener. Two first-year athletes had amazing results in their varsity debuts, both breaking school records. Amy Stieh won the 300m race in a time of 40.18, breaking Heather Maxfield’s school record of 40.48. Stieh’s time currently ranks her third in U SPORTS.

In the men’s 60m, Niko Dowhos won the race in a time of 6.94, breaking Braedan Prochnicki’s school record of 7.01. This performance currently ranks him second in the OUA and fourth in U SPORTS.

“It was great to see the indoor track group have a very strong first meet of the season after three months of training,” said Sigsworth.

“Amy and Niko were great in their Lakehead Varsity debuts and I look forward to seeing them grow and progress over their time here. This is just a start and everyone should progress as the season continues.”